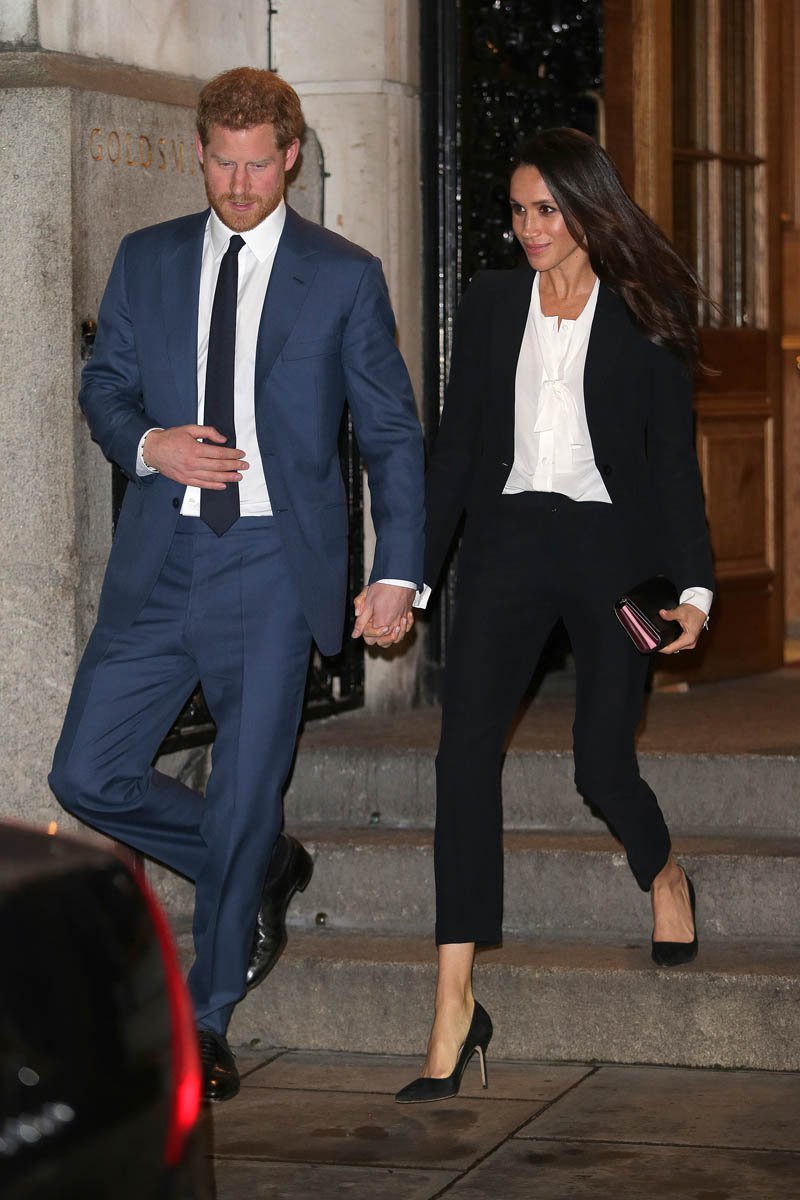 What Ms.Markle cannot do: Here are some rules for this future Royal

With a misspelled autograph and a “Hi Kaitlin”, Ms. Markle placed herself into the Royal-history books and what’s a big ‘no, no’ in the circles of nobility to the British Crown.  When this future Princess signed one of her fans in Wales.

There are many rules which are relegated to the Royals.  One is to not give autographs.  However, there are 50 major ‘nos’ that are ‘no can do’ among the British Royalty.

How many?  Again, 50!  Enough to drive any commoner like Meghan bat crazy in her future plans of marriage to Prince Harry this next May, 2018.

Here are just to name a few…

Getting to the Crown was never easy, but this young woman is about to set a first in breaking most of the Royal protocols. Indicating a change in times and breaking-off from all the traditions of yesteryear; and noting that things have become a little more lax in protocol back at Buckingham Palace.

Her ethnicity, religious and social background are the first rules broken in Royal protocol

First, let’s reflect on why Ms. Markle is breaking many norms or the firsts to be precise…  Other than being a divorcee, she’s also a person of African-American ancestry.  Not only because she’s a Yank, it is also showing the changing of times and tolerance among the Royals opening up to marriage of different peoples from a motley of social levels, backgrounds and mainly, ethnic groups.

It doesn’t end with the above.  Meghan Markle is an actress in the public eye (and Royals although are a part of public life, they aren’t allowed to indulge in such public displays, such as acting), wearing diamonds and forging her own way unconventionally among Royalty’s circles.

Ms. Markle isn’t religiously affiliated to the Church of England, something which may or may not change in future years.  This will all depend on how much the British nobility can bend the rules for this newcomer.

Though, it seems quite apparent, she is changing and gliding on her own the Royal circles and should be fine as time passes by.

Name changes are a must; no diamonds, board games or exposure of cleavage

Once she’s married, this American damsel will have to go through the rigors of the Palace.  There’s one thing which is changing for sure, her name, she’ll have to adapt to the one given by the Royal family.  There’s no holding hands for her once she’s married to Prince Harry or travelling together for security reasons.

And if her family refers to her now with any type of nicknames, that will soon have to end.  No nicknames allowed in social circles.  Royals go by their proper title or first name.

Diamonds are now accepted; however, once married, before she wears any type of jewelry–it’ll have to be approved by the Palace officials.

For Meghan, she’ll certainly be giving-up a lot for love.  Other than not being able to express her political views, she cannot run for office or play Monopoly/board games with other family members.

Furthermore, she won’t be able to become too sexy.  Elegant, yes!  Sexy, no!  As an actress she can show cleavage. But not while she’s a Royal.

No touching, tiaras for married women and learn a new language

Then, when restrictions couldn’t get any worse.  She cannot be touched by a commoner.  But this is a rule often broken; especially by us Yanks!

The custom for social events once the future Princess is married will be hats for official engagements and after 6 p.m. hats are off for tiaras.  A tiara will distinguish between a married-noble Royal and the rest.

She’ll probably be learning another language, because Royals are expected to learn multiple languages and become a family of polyglots.

With this in mind, why become a Princess and part of the Royal family?  It’s a dream come true, it’s a great honor and when it’s for love, who cares…