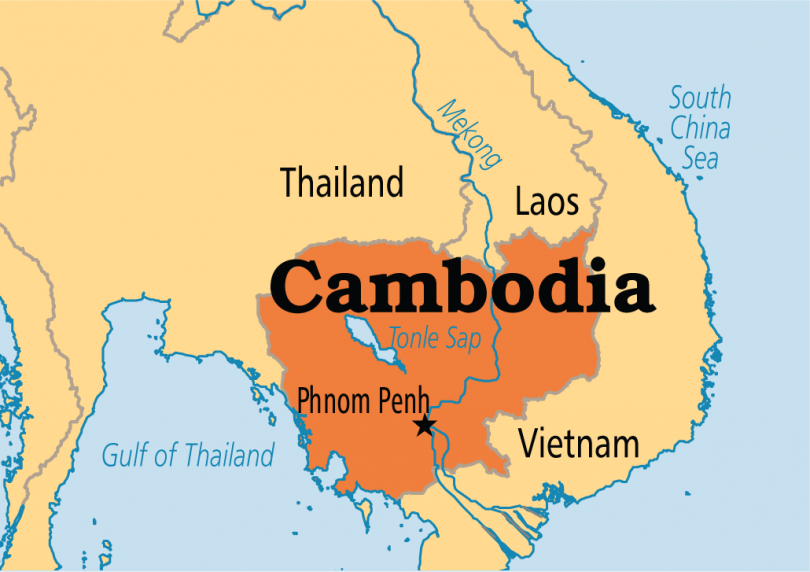 “First They Killed My Father…” was Angelie Jolie’s Oscar snub…

And still, what this ambitious-young director did was simply captivating.  Since the film captured the senses from beginning to end, and at first I watched it in Cambodian and later with subtitles.  Without understanding, the message came through without the language barrier, and it is what a film should do–break through the barrier of language and get the message across without being forceful.  Feeding simply on emotion.  It was as griping the first time to watch, as it was the second.

This historical-thriller reflects on the story of Loung Ung and what she survived in the death camps as a seven-year old child.

The story takes the viewer into the occurrences of 1975’s Phnom Penh, when at first the Khmer Rouge came in as liberators and immediately turned into cold-blooded murderers, calculating dictators.  By killing everything from the past.

In Loung Ung’s circumstance, her father is a top government official and is forced to hide this fact.  And as refugees, they have to leave their home for the unknown. Move on…  Witnessing the often relentless brutality and carnage of the Khmer Rouge throughout country.  When they make it into a family member’s home after several days of journey, they’ll soon have to depart once again.

All the while, the secrecy of her father’s identity is still unknown to the regime.  Soon, Ung and her family find themselves immediately escorted into the camps; bearing starvation and being worked to death.  Her father is one of the first to be executed and thrown into a mass grave.

Before Ung’s mother’s death, the matriarch decides that it’s imperative to divide her children up to guarantee their survival.

When they do, Ung herself becomes a child soldier and sees the constant killing done by the regime.  She’s now with a full belly, since those who are trained as cadres are better fed; however, it will be at a cost to what she has to endure physically and emotionally.

By the end of the regime in 1979, because of the invasion of Vietnam to her country, Ung and the rest of her siblings are able to escape the camps.

After the film has progressed to the end, it shows the real Ung with her surviving siblings praying and being blessed by a monk in front of a temple.

For this survivor of the death camps, her journey will not end in Cambodia, but in the United States.  There she’ll be able to write her story and begin a career as an activist against child soldering.

Ung’s book, other than being a great read.  It’s complimented with the film directed by Jolie, which was really poignant and heartbreaking.  Not since the movie, “The Killing Fields” (1980) has a motion picture been able to strike a nerve about the Cambodian Concentration Camps and Pol Pot’s savage regime.

The viewer has to deal with raw and unnerving emotion at every turn.

Possibly given the political and social climate for women in our times, the movie was ignored by the Academy.  But this picture continues to show Ms. Jolie’s talent coming of age and raising as a star director–since she began with her first-feature film, “In The Land of Blood and Honey”.

I gave this film four stars out of five, and I suggest those reading this article to take a good look.  It’s not only to view a motion picture well made.  It’s to be engrossed in a true history, learn something few people know about around the globe and empathize with this survivor’s tale.