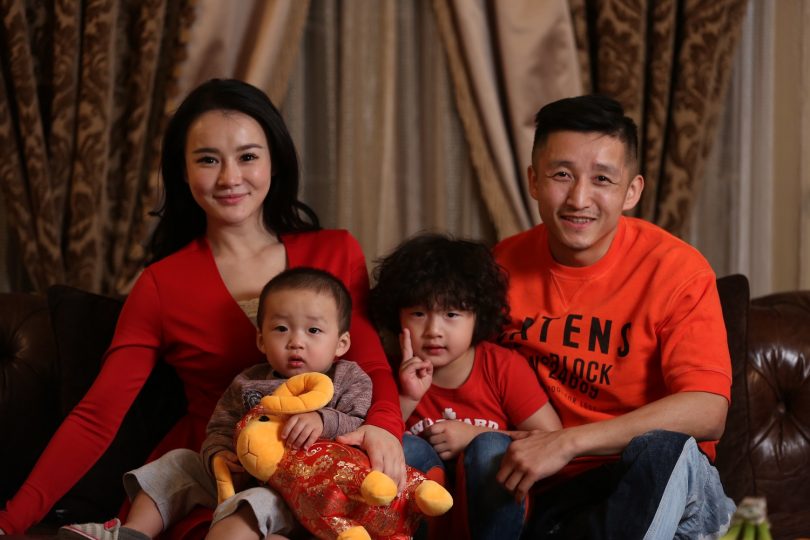 One of China’s trailblazers has become a national sensation in the last 15 years of his life.  This young man from Guizhou Province started as a teenager and was raised up to be a Champion in the brutal-boxing world.  He’s a flyweight and held his own in 11 bouts, with 9 wins (two by knockout) and two loses.  This homegrown pride is, Zou Shiming.

A man with an even more beautiful-love story.

For those who don’t understand what’s a flyweight.  He’s usually a boxer between 49 and 52 kilos.  The boxing world is a tough one; especially inside the WBO (World Boxing Organization).  A sacrifice, since the competitor has to deal with an extremely-dangerous career of multiple blows to the head.

But this boxer isn’t only a man willing to take punches.  His an ambassador to China and a man who wants to cultivate further the boxing world for Chinese.

Described by the boxing organization as, “Fox Zou”.  A man who fights like a quick sparrow and behaves in the ring like the legend, Muhammad Ali.

I came to admire this boxer, because he didn’t only become a household name during the Beijing and London Olympics, while retaining gold for four consecutive years.  He began to literally ‘make his bones’ as a reality star.

When I first saw him with his two sons (Zou Ming Xuan and Zou Ming Hao) in the hit reality-TV show, “Where are we going, Dad?”

He showed admiringly not only love for family; but discipline and cooperation with the other fathers/families.

Cutely so, his oldest son (Ming Xuan) whom I fondly call him, ‘Fatso’, stole the show with his cute shenanigans.  This little boy constantly showing his fondness for food, sweets and beautiful girls!  Just made me crack-up!

What instilled in me further admiration for this boxer was his sense to teach his kids not to give up in the face of adversity.  While trying to install in his sons a love for boxing.

Later in the show, I saw how he often expressed his love for Rang Yingying (former TV hostess and presently, reality star and business professional).  They were married in 2008 and yes, it’s a beautiful love story, but folks–it’s far from perfect!

Because Yingying herself often shows worry for her boys, like the typical Chinese-tiger mom.  But she’s also worried about her husband’s life when he fights. When he bouts, you can see the literal fear in this woman’s face for her man, as she hopes that one day he can retire.  Boxing does take a toll!

In both reality shows, “Where are you going, Dad?” and “Super Moms” this family was the most popular according to the shows’ ratings.

For Zou, he knows his time in boxing will end sooner than later.  His body at 36 has already sustained enough blows for a lifetime and worries about the future.  But this boxer also has something to prove himself before the media, that he’s still good at his game.

Even after suffering a freak accident in-flight this past December, 2017.  When he detached one of his retinas.  He still carried on like the champ he is!

This family has shown itself as a beautiful example of love.  It’s not nirvana and still one united not only by blood, but caring, which has touched millions of fans’ hearts.

However, the family does have its critics.

And one thing China can’t ignore, he’s one of China’s sporting greats to be honored as a gentleman in and out of the ring.