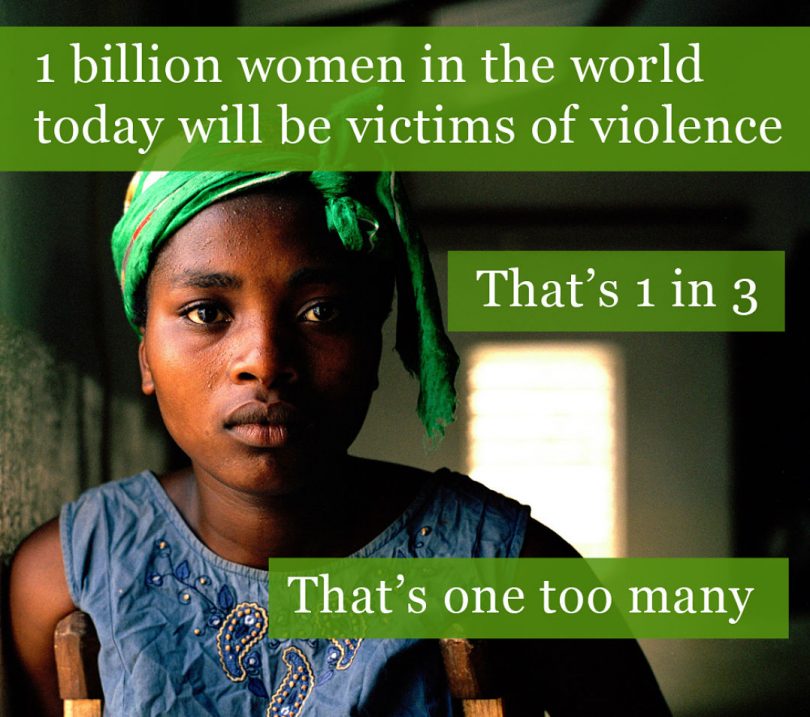 With everything that has been happening as of late: from sexual harassment, rape and the murder of a young student in Japan.  Violence towards women is an issue that thank goodness it’s getting more exposure through the media and education.

Some express angrily, that it’s an issue which needs more social consciousness.  And not only consciousness through our population, but through those places where there’s a danger of it sprouting and even aggravating what’s an on going problem.

An issue often ignored by the public and what I’ve seen in past encounters is the following: a man beating on a woman, as she’s crying for help, the rest are just curiously watching.

What about calling the police?

Well, people often don’t, as a number of those are out screaming literally for blood over the Harvey Weinstein case and sexual harassment.

There’s an imminent situation, violence towards women continues as a problem often talked about among women, but few men.

Until less than 150 years ago, a woman was considered property in this country.  And like somebody who was controlled over.  The woman could be frequently castigated, beaten, scarred and even put to death by the husband’s hand.  After all, wasn’t she his property to do what he wanted?

The circumstances in our day and age aren’t that extreme; however, violence, intimidation and certain male-chauvinist attitudes are affecting not only Chinese but the rest of our society.

From the student recently murdered in Japan by a mad-jilted lover who wanted to control his girlfriend.  In other words, with the notion that if his ex-girlfriend didn’t belong to him, she couldn’t belong to another.  Therefore, he murders her best friend  trying to defend her.

And I won’t get angrily into the details of the case, but this is an indicator of our narcissistic and indifferent tendencies roaming about in our world.

And whom is responsible for a child’s behavior out there in the world, but the parent?

There’s an old Spanish saying my parents often used, “If you lay with crows, eventually they’ll gouge your eyes out!”

A parent is ultimately responsible for the behavior of his or her child.  From the way a kid is taught to say “thank” to “please” and “your welcome”.

When a child is raised like an animal, he or she will do things like a beast.

Especially for those mothers out there raising little boys.

I’ve seen a few little boys hitting their mothers and not respecting the woman who gave birth to them.

And once I told a mother to her tearful anger, “You’re raising an abuser!  He’ll hit you when he grows up and every woman who comes into his life!”

Excuse me for saying this and as much I love the Chinese culture, it’s a very big fact. There’s a lot of pampering, spoiling out there and not proper discipline.  And I don’t mean ‘belt discipline’.  You can teach children without ever having to hit them!

Yes, it happens in other countries, but here we are!  We live in China and the parents like the educational system must do their utmost to teach children to respect each other and that bullying isn’t okay!

I’ve witness this kind of badgering incidents not only once, but at least eight times since I’ve been China.  And oh yes, my friends, from the classiest/swankiest places in Shanghai to the smaller cities like Zhuji, Zhejiang.

Yes, I did mention education.  But there’s other things as citizens we must do, whether we are Chinese or foreign nationals.

Call it for what it is.  Call the abuser out and try to have it stopped!  If there’s violence involved, then let’s have some common decency and at least call the police for help.  We don’t have to get directly involved; however, we don’t have to be willing witnesses.

For teachers, separate a class time and teach children to young adults that any physical violence is wrong.

Last but certainly not least, any physical violence isn’t cool.  Because the majority who get hurt from this threat are females and dozens of people’s lives are forever destroyed.

I’m tired of hearing about people who get hurt or killed; whether it’s the girl in Kunming several months back to the young lady in Japan.

We must certainly protest against any violence towards women or any human being for that matter!