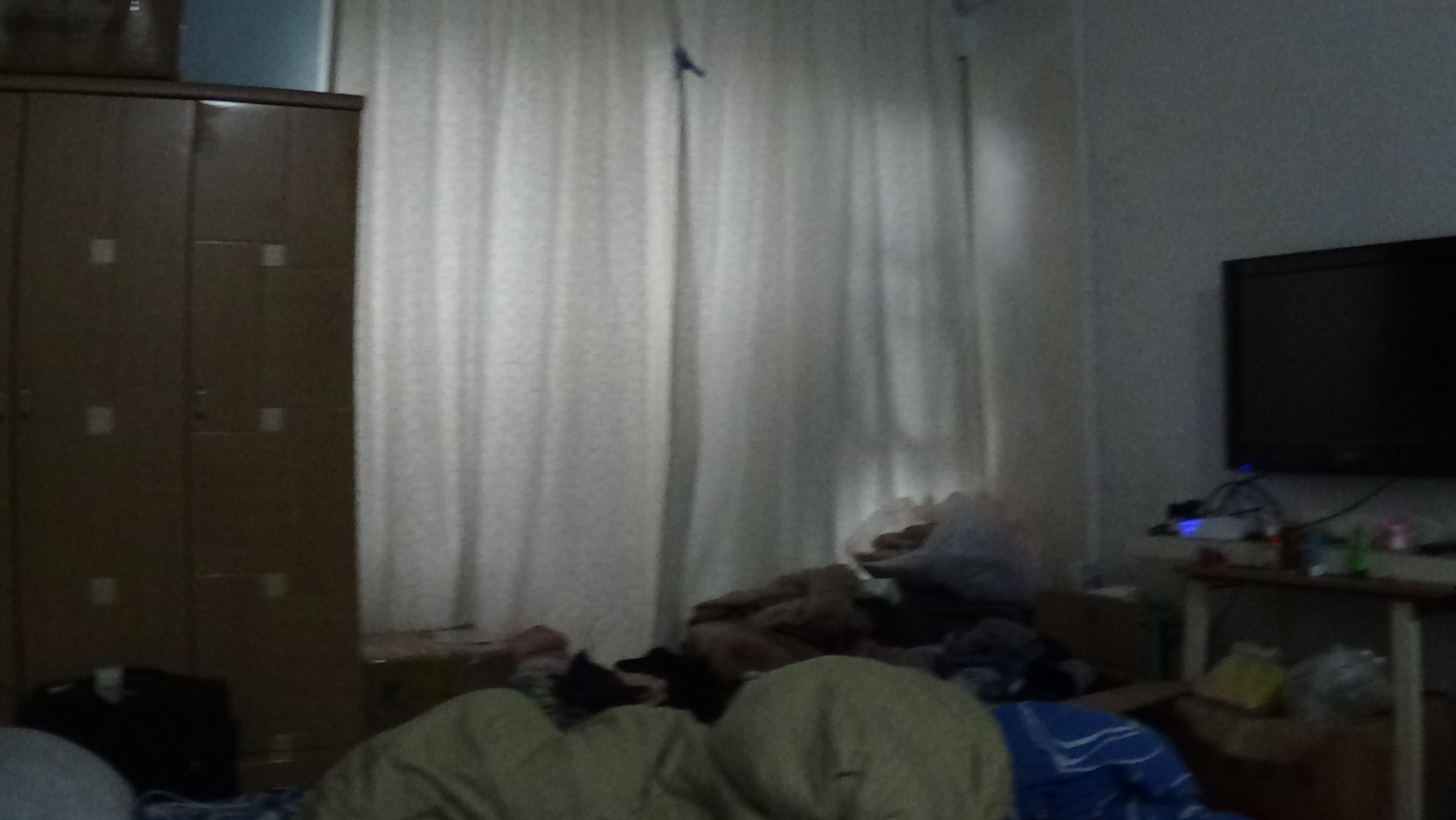 The job from hell

Looking for the quality of life which most human beings seek across the planet; those who go north, south, east or west for a better life.

I did the same, when I found myself traveling from Nanjing to Chengdu hoping for more money, better breathable air and friendly people.

What I found from the beginning often confused me.  And it’s not that Chengdu wasn’t amicable; however, I found to be thrown in a pit with unsavory personalities in my work place.

The latter which rapidly began irritating the hell of out me.  Talking about needing an ‘inch’ of extra patience.  Whether the people I dealt with were foreigners or Chinese.  What came across me was nothing but weak, gutless and often spineless personalities; without a moral compass to guide them.  This was my work station…

My first experience in Chengdu was one of wonder.  A wish for new frontiers.  Like a baby, I yearned for the discovery of new things: temples, Buddhas and to see the forever-lovely pandas.

My problems with the city weren’t with its locals or the hotpot culture.

No, Chengdu gave plenty of sources for inspiration to write; especially, through the first-two months of my journey.

My hell began with my new job and working for unscrupulous bosses.  People whom over-promised, over-sold and tried to cheat me at every corner.  Dealing with ignorant personalities, already prejudicial of foreigners.  Two main hypocrites worked with foreigners.  They couldn’t even stomach us!  They just resented the simple fact that we made more money than those in charge.

And one thing is important to grasp.  I could understand their anger if the foreigner was treated better than the Chinese staff or he/she barely has a high school diploma and was for example, a ‘cashier’ back in their home country.

But that wasn’t the case.  At least two of the foreigners had University education.  For myself, I had already established my career and held an M.B.A.; with 31 years of working experience in tow.

Plus, I speak five languages, I’ve published two books and with eight-years in China.

However, whatever I did, I couldn’t get a fair shake from my new supervisors.  I tried going literally ‘left’, then ‘right’ or ‘straight’.  We [the teaching team and I] were often met with criticisms and castigation.  But very few times is was to acknowledge what we were doing correctly or encourage us!

Let’s call one supervisor ‘The Moron’ and the other, ‘The Troll’.

The way the Chinese and foreign staff were badgered almost became a ‘blood sport’.

Every two weeks there was some ‘Beijing Opera’ drama cooking-up to affect the employees moods and have them crapping in their pants!  It was honestly a downer.

Mind you, I’m a native-speaker from the U.S.  I know my language and had my two idiotic supervisors try to reteach my language to me in an incorrect way.

That’s when several times, I blew my stack as Americans often and temperamentally do!

After my two-month probation, my ‘dearest leaders’ became more verbally and psychologically abusive.  Calling my classes: boring, unclear and messy.  I took it in stride with anger and it was deeply frustrating to work for people without clear goals in mind.

In all my years as a teacher, I refused to do a boring class and anything in a pathetic way.  I believed very strongly in my ethics and principles, giving 100 percent and for this, I was disciplined for walking out of my classes for a day.  However, in my defense, I did finish my classes professionally that day.  On the following day, they kept my pay for a month-in-a-half.  Something often practiced illegally and inhumane.

This was the beginning of my 90-day resignation period.  Something unheard of, because by contract it should have only been 30 days.  After, I was treated much worse than before.  My pay was docked from my bonus, even when I was only four times late by minutes in a sixth-month working period.  The automated system wouldn’t properly acknowledge my employee number.  Therefore, the school would take from my pay 200RMB ($30 USD) every month, which was basic form of cheating.

There were periods when the system wouldn’t allow to vocalize my ideas freely.  They call my words a ‘challenge’ to the established authority.

The teachers I worked with also wanted to leave and hated the conditions of the school.

Chinese teachers, reception and those in marketing would leave every couple of weeks or months.  This so called, ‘educational center’ was like a revolving door for disasters.

Leaders didn’t listen, therefore, they invested more on marketing instead of getting better Chinese teacher’s assistants to help us out.  Instead of investing more on the students/customers we already had.

Soon enough, parents began to notice this dysfunctional and unstable environment. Some parents whom have had their children in the school for a year began pulling them out!  This affected the school’s economy.

For all my years of teaching experience, it made it worse to say anything.

What bothered me the most were the leaders gossiping behind the employees back. Causing further disruption in the school’s already problematic situation.  It was so tense, you can literally ‘cut it with a knife’!

Then, the school started losing more money.  That was when one of the ‘investors/so called bosses’ wanted to sell!

The USB which was supplied in our curriculum wasn’t even renewed and we were forced to gather and teach from our own materials.  When I asked if this was ‘approved’ by headquarters in Beijing, I was given a ‘yes!’ Till this day, I don’t know if the materials were used or if the Beijing Headquarters ever gave authorization.

The problem was compounded when the competent Teacher’s Assistants had left (resigned the job) and we were left with lazy-wind bags who wouldn’t assist the foreign teachers in class.

Crisis did evolve when students couldn’t comprehend the teachers in English, because we lacked a Teacher’s Assistant 60 percent of the time in class.  After, it was easier to blame us unfairly!

Another was the attitude of our supervisors towards our personal lives.  It was easy for a ‘supervisor’ to send a person slanderous we-chats, but to help on the conditions of an apartment were literally impossible.  Most times we were met with indifference.

When I complained about our cockroach-mice invested apartment, all I was told, “It was the standard price for an apartment in Chengdu!” I never did mind old, but it was so greasy and unclean.

My spouse and I had moved from Nanjing with 15 boxes.  You see, I did ask for something small, but it was so crappy that it was literally falling apart.  Yes, if it wasn’t a bad shower heater, then it was either the A.C. or washing machine crapping out!

In the end.  I had to resign over constant disagreements…

Learning a valuable lesson in the process…  I should have taken it as a sign when the apartment wasn’t even rented three days before our arrival in Chengdu.  It showed my former supervisors’ indifference to our needs.

‘The straw that broke the camels back’ was when a supervisor told me, “You’re happiness is not my concern!”

I tragically stayed 60 days after my probationary period, when I should have left soon after. Because this has been a constant headache for six months of work and another two waiting for the pay!

On a final note, I’ve been long enough in China to understand the following…

Schools which break the rules, hire foreigners illegally, dock the workers pay without any reason or excuse, cheat, evade taxes or abuse their employees won’t last long in the market.  These English-speaking schools begin well; however, by their second year quickly deteriorate.  By their third year, they’ll possibly be sold off or closed down due to bankruptcy.  Others will just close its doors one day and disappear with the cash.  I haven’t seen an English-speaking training school last more than 10 years in this country.  Show me one and I’ll be shocked!

This was my experience in China after almost a decade of work.

Investigate the school before applying.  If something feels funny or shady, don’t go or sign the contract.  If the environment is unstable–leave before the end of your probation.  It’ll save you thousands of headaches and negative experiences in the long run.

A foreigner ought to work hard and be able to enjoy the Chinese culture; however, a foreigner must never accept abuse or inhumane treatment.

Contact your local authorities: PSB (Public Security Bureau), police and your respective consulate if you feel in anyway mistreated or cheated.

And a warning for Chinese bosses who abuse foreigners.  If you continue doing so, it’ll be harder for China to get foreigners from English-speaking countries.  We will simply stop coming.

I had the most wonderful experiences working in China.  However, this one by far was the worse.