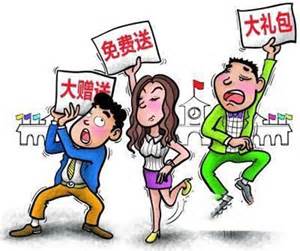 The online shopping craze which began almost a decade before, thanks to Jack Ma, has given for a shopping frenzy on the eleventh day of the eleventh month.

Stressed out delivery men get less than three hours sleep during the month of November.

And places from Tmall to Taobao are going mad with this buying extravaganza through Alibaba.

But it’s not only for jumping up and down in a desire to get something.  And furthermore, it’s not only about materialism/commercialism.  It goes for the lonely hearts out there and their gatherings.

Representing one, alone, but not forgotten.  People gather for their bachelors and bachelorette parties to sing songs in this romantic-traditional fashion manifesting through the karaoke boombox.  Others will flutter into KTV to express their desires and dream about their future love life or long lost loves.

But one thing is certain, Bachelor’s Day or referred to as Guanggun Jie, literally means one.

However, it proudly began 24-years before at Nanjing University and it quickly spread throughout Nanjing and the rest of China.  With secret parties for Bachelors and Bachelorette, and to gather with somebody during those potential blind dates that most singles refer too.

Looking for that one-special person.

For females, its the coming together and expressing emotions, which sometimes males will not often do.

The exchanges of cards, flowers and fruits is as gargantuan as the rest of China.  It’s the essential need to not be alone, since we are all social creatures.  And like the song says, “Everybody needs somebody…”

For the most part, people gather to buy their favorite goodies on the internet. Stemming from chocolates to the latest fashion.

Bachelor’s Days did form in the ‘dorm culture’ at the Universities in Nanjing and continued to flourish.

What Mister Ma did was make it into a global phenomena which generates billions of yuan during that special day.  All can enjoy the same excitement, whether they are shopping online in China or abroad.  Sounds to me a little like a “Black Friday”.  Not bad for an e-commerce idea he began six years prior.

Comedy dialogues are abound about this day.  If it’s for married men, press your bank-account password wrongly three times; so it’ll be blocked 24-hours during Bachelor’s Day for their wives.  But this is just a joke!

The main purpose although is to focus on a goal, to find that suitable partner by the 11th of November.  Avoid all the loneliness which comes with bachelorhood.

There are some traditional tales or folk legends that have evolved from this tradition. But for the most part, it should symbolize a festive day for those whom are single and trying to find that special someone.

My mamma used to say, “Daniel, you don’t choose love.  Love chooses you!  It’s the where, how and when…  That’s the hardest thing to do, wait for it and its anticipation, for love that is.”

Call it another “Valentine’s Day”, nah, it isn’t possible.  Because Valentine’s Day represents two, but Bachelor’s or Singles’ Day stands for just one.