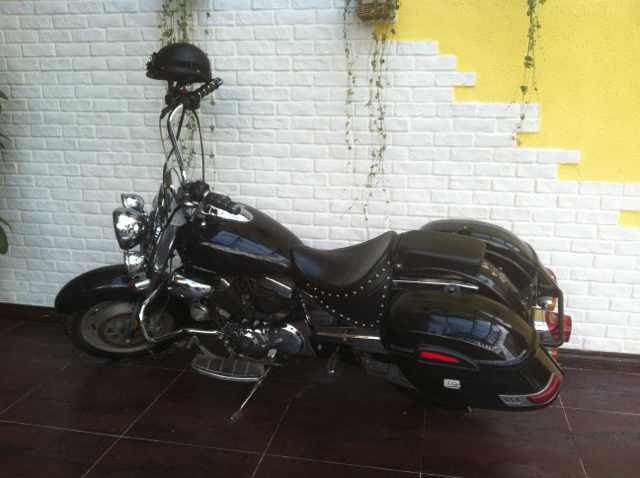 There’s something special happening throughout China.  Something I had seen few times before and I can delightfully welcome across this country.  The advent of thriving motorcycle clubs.  After all, this has been a bicycle society for over a century and by logic it had to happen.

Chinese are moving now from the electric bikes to the mighty motorcycles, as the economy gains momentum.

It’s not the first city I’ve seen motorcycles.  The concept is exploding from the east coast in Hangzhou to China’s west in Chengdu and north to south, Beijing to Guangzhou.

I’m noticing the changes.  From the T.V. commercials with motorbikes to the open road…

As the asphalt is covered by bikes like: the Vespa, Ducati, Honda and Harley-Davidson.  From the speedsters to the ‘choppers’, ‘hogs’, American, Japanese and Italian classics.

The roads are literally covered by these revved engine two wheeled-hot rods!

Chinese are experimenting new changes in attitudes.  What’s happening with the tattoo, is also proliferating with the motorcycle.  The sprouting of clubs have begun to cover the major metropolises across the country.

Yes, motorcycle clubs do have a certain reputation worldwide for carrying ‘those types’.  You know, the ones composed of the ‘bad boys and girls’ image.  Which is a total fallacy and it couldn’t be further from the truth!

But what makes people love these powerful machines which roar of anger down the roadways?

It has to do with possibly something sexual, powerful, the need for speed, domination and arrogance.

Maybe it’s the need to be ‘close’ to danger or death!

It’s vices can be alcohol, women, men and gasoline.

However, this is also another myth, since those I’ve met have been nothing but friendly, willing to answer my questions and they’re more in touch with leather than with danger.

And some locals still feel fearful when seeing a group of speedsters coming down the road on 30 to 60 bikes.  Some will walk away scarily to avoid any confrontation.  But in truth, I just stop in awe to admire what they stand for, a new freedom.

Others like myself will look and others will easily scatter away!  It’s just a matter of perception, but I can’t find nothing dangerous in them, just people being adventurous.

The group whom drive the motorcycles are cool, they’re decisive, confident, performing on the road without a doubt, always thinking–while handsomely looking good at it!

Plus, it has been my experience, 90 percent of those who belong to a motorcycle club are decent hard-working professionals above 30 to 40 years old.

Possibly surpassing other motorcycle societies across the world in youth.

How wonderful for China, and best wishes to those conquering the roads on the weekends for fun.  Finally, the motorcycle is having its day in the sun!

Makes me want to go out, buy a ‘chopper’ and join them on the open road!  Yeah!