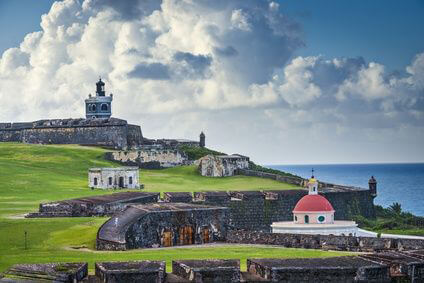 With hurricane Maria, Puerto Rico’s problems came to light not only nationally, but under the microscope of the international sector.

How dire things became with a natural disaster!  How little the government was prepared.  This was a disaster over 20 years in the making.

Natural disasters do happen, but they become compounded when the Island’s leaders don’t properly prepare before hand.  Because for Puerto Rico things are sometimes so pressed down on bureaucracy, that nothing ever gets done.

Once a vibrant island paradise turned hellish by the departure of section 936 back in 1996.  Because once the industries began leaving, so did the people.  Between 1996 to 2006, 100,000 Puerto Ricans uprooted for other parts of States.

The island in itself is one with great people, always jolly and festive while facing instrumental tragedy.

However, by 1998 with Hurricane Georges, one could see the weak infrastructure of Puerto Rico and the dangers of it cracking anytime soon.  During that period, Puerto Ricans were without electricity for two weeks; which told how poor its central grid was at the time.  And with politicians not taking action, it was left to be.  Already throwing the Island into an impending doom of problems for the next generation to deal with.

Further weakening the system, politicians too incompetent to correct its social issues while they were in office.

Yes, Puerto Rico and its politics are a like the national past time.  A party for all to enjoy; but when the party is over, the 3.6 million citizens have to come to suffer.

In a place often mired with a high-crime rate; especially in cities like San Juan.  Its capital like the rest of the Island has become one with weekend murder rates as bad or even worse than the countries of Iraq or Afghanistan.

This is another reason why 200,000 more Puerto Ricans uprooted for safer areas in the States this past decade (most popular places: New Jersey, New York, Pennsylvania, Illinois and Florida).

The other issue has been, Puerto Ricans aren’t treated on equal grounds as the rest of the citizens of the U.S.  They suffer a bias racially and politically from big-daddy Yankee.

Yes, Puerto Ricans do have United States citizenship; however, it’s hollow without voting rights in the Presidential campaigns back in the U.S.  It has had it for a century and Puerto Ricans have fought in major wars during and after World War I. But after 100 years these people are still left out.

Puerto Rico does have the USD, but with a sub-par economy; many have compared the island to a third-world country economically.  Suffering from constant poverty, crime and a poor infrastructure.  It’s no wonder the constant brain drain of those leaving.

Hurricane Maria was the ‘straw that broke the camel’s back’.  It showed what the island had been suffering for the last two decades and none of its leaders had the bravery to correct these issues long before they happened.

Puerto Rican politicians deal with these issues in a laissez-faire attitude, “We’ll deal with it later, tomorrow!” But nothing is corrected.

Years ago when I lived on the Island, and in my home I walked through two feet (60 centimeters) of water after hurricane Georges, I knew this was the beginning of the end.  Rio Bayamon had broken through its banks and flooded all the adjacent neighborhoods across the cities of Bayamon, Caparra and Guaynabo.  It was chaos then, to be honest, I couldn’t even fathom it now as I read the news from overseas!

In truth, it was bound to happen again and even worse next time.  But nobody took action or woke-up!

Can Puerto Rico be saved?  Yes, it can be saved; however, Puerto Ricans have to wake up and do for themselves.  The politicians have to get their heads out the sand and start doing more for the people, rich or poor.  And the U.S. has to learn to treat Puerto Rico as an equal partner.