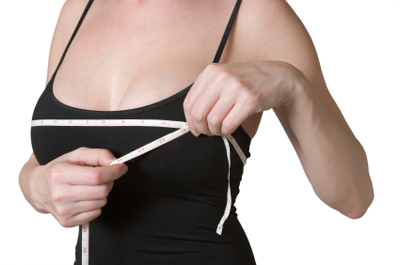 What has hindered women for millennium and affected their self-esteem has now come to light with the advent of feminism in the last 100 years!

There’s a reality, men will usually go for women with bigger-breast size or at least they’ll stare lustfully at them for the longest time.

But, what has it done for women with smaller-chest size throughout the last several decades?

Well, since the 1950s breast augmentation began through plastic surgery and to build the lack of confidence in women throughout the world.

However, by the 1960s, the issue got even more intense with Gloria Steinem and her fight for equality through feminism.  Trying to teach other women to love their bodies.  It didn’t matter the shape or size.

OMG, what pressures on women!  If men would have them, it’ll drive us crazy!

Several years ago in China, the actress Qi Wei came out with the same concept, in her own brand of feminism.  To love yourself, and that the breast size didn’t matter. Coming from an industry where it’s the norm to have this kind of operation, she resisted against the trend and told other women to do so!

Now, a man who only accepts a woman for her chest size is rather shallow.  He’s without any love for her.

What females need to understand is how they feel about themselves inside and not necessarily outside.  However, there’s one fact.  For some women, breast surgery comes as a blessing, a God sent in self-esteem.  And my question is the following, is this enough?

Millions of women around the globe literally enslave themselves to save money and have an operation for a bigger-cleavage.  A good majority can barely afford the operation.

Studies have proven, that women who have implants are twice as likely to commit suicide than those who don’t.  Shocking in truth!

Instead, it has been recommended, that women invest more on getting help.  To assist them on their dysfunctions and insecurities.

What I’m saying, to get this operation for the right reasons.

The goal here is to love yourself first, so others can love you.  Plus, nobody can make you happy.  It’s all within you and not your body.

A bigger chest won’t guarantee you’ll get the man of your dreams or that he won’t leave you for another woman.

Women have bigger problems and pressures than men, that’s a certain in life!

There’s also another problem after the operation has been completed.  The silicon implants must be monitored every five to 10 years, to check if they haven’t burst. Further, silicon does become hard with time.  Therefore, to keep the breast area soft and tender, every 10 years the implants have to be replaced.

Another factor is important to understand, and thank goodness I’m not under the same social or sexual pressures.  While women are tougher on themselves and are pressured to get bigger boobs, men are seldom placed under stress to get a bigger-penis size.  I mean, the operation to enhance the penis does exist; however, women view things differently than men, less on the physical and more on the matters of the heart.  If more men were pressured into the operation, males would have a greater empathy for females and accept them as they are.

In the end, it’s not how big or small you are.  It’s about the quality you give and not the quantity you have.