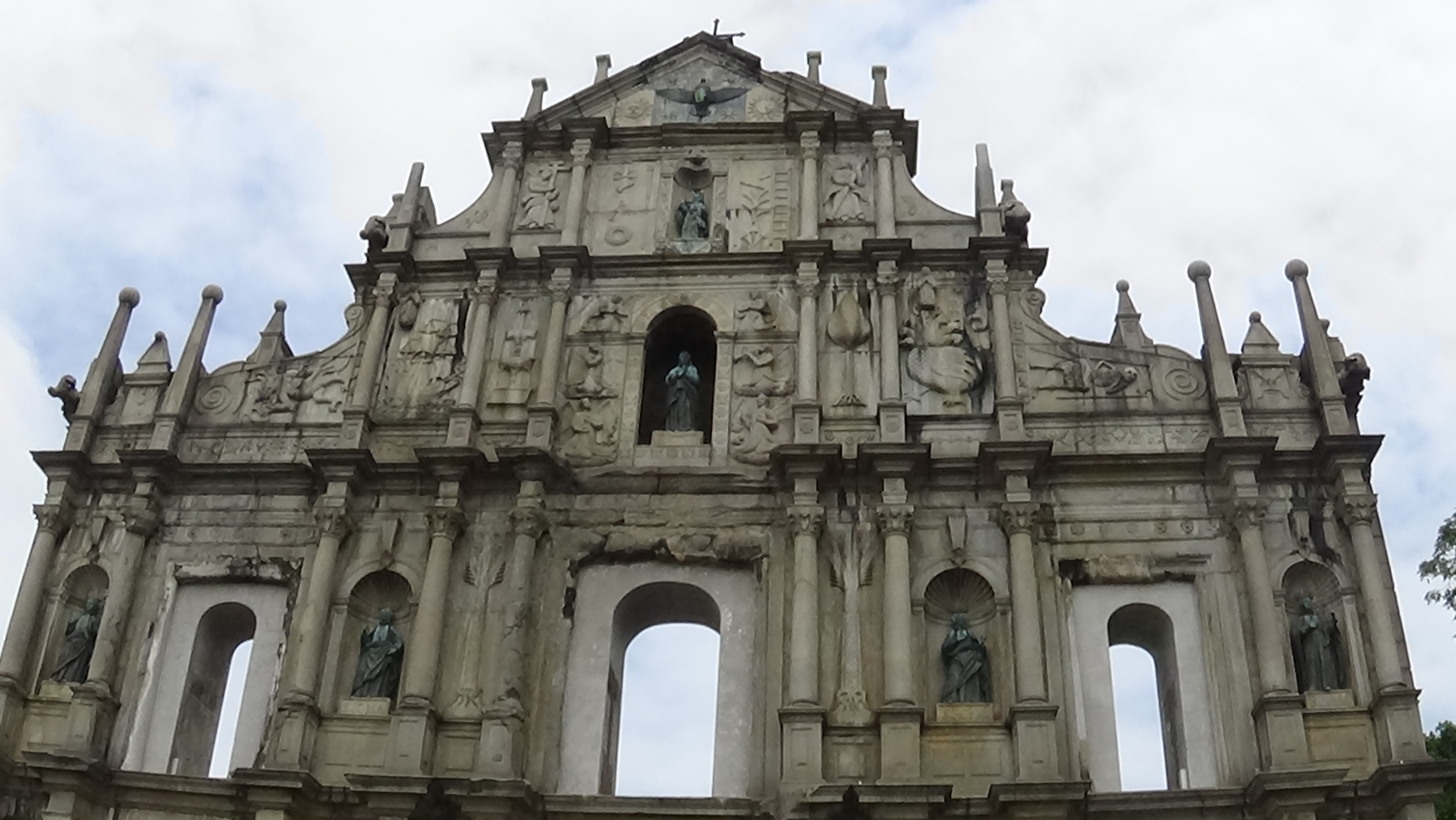 Sixty-two kilometers west of Hong Kong, there’s an Island which appears to have been born like a gorgeous oyster from the sea.  It’s part of China; but for 503 years it was a Portuguese colony.

When stepping in Macau it feels excitingly weird.  The landing is one queerly familiar to a grungy-styled Lisbon, but in Southeast Asia.

The question remains, what does Macau have to offer?

Macau is also composed of Taipa and Coloane, with three main bridges connecting the island and peninsula.

This is Macau, looking almost entirely Portuguese, except for the stylish elements in Chinese culture and temples.

As for the driving, well, that’s something else.  It has the British system of transportation on the left-side of the road or as we Americans call it, “The wrong side of the road!”

The Taipa area holds some of the resorts and casinos, like the Venetian (with a smaller- scaled replica of Venice) and City of Dreams for its wonderfully acrobatic-water show. Also on this side, Taipa, has the Macau International Airport.

Coloane is further south for other tourist attractions, with a great statue of the seafaring goddess and points of culture for those who value taking photos as a symbol of remembrance.

Now, Macau itself is your typical tourist trap.  But one thing I have to say, once it’s done, it’s an experience worth repeating.

People are kinder, gentler and helpful towards tourist.

Their greatest source of revenue is from tourism and gambling, as high as 60 percent; therefore, they respect tourist.  Plus, it’s five times smaller than Hong Kong, with a population over half-a-million.  There’s plenty of courtesy to go around Macau.  From drivers stopping at the zebra-crossing for pedestrians to locals helping you find your way.

Upon landing in Taipa, there’re two ways to get into Macau: taxi and bus services.

A taxi from the Airport to your hotel will run you an average of $100 (MOP) and takes about 15 minutes.

The second is taking the buses, they run from 0600 to 2400 hours and [each bus] cost an average of $3.20 to $6 (Patacas, Macau currency), but the route takes three times longer.  If you’re the explorer, once you land and exit, at the arrival hall take a left and at the designated stop hop into the AP1 bus in direction towards Portas de Cerco/Terminal.  Then when you arrive at the Terminal, check the bus service to your hotel.  The buses run every six to eight minutes.

What to see in Macau?  What’s important to see on the first trip are the following: the Moorish barracks, A-MA temple, Ruins of St. Paul, Sun Yat-sen’s Memorial Home and Guia Fort and Lighthouse.

Macau has plenty of sites to see and many are designated UNESCO World Heritage Sites.  Pretty cool!  Don’t you think?

What to eat?  The food it’s an infusion of tasty-delights.  Start with the local cuisine. It’s one of the great delicacies of Southeast Asia.  The seafood platters are abundant.  My favorites were the dumplings with shrimp and noodles.  However, if you’ve never been to Portugal, you should try appetizers like Cod Balls and an excellent fricassee of duck in wine sauce and fried rice.

When visiting Macau is more than enough a four-day trip, once a traveler gets their groove with the bus services, a person can get around fairly well.

What’re you waiting for?  Go ahead into the hedonistic pleasures of Macau!