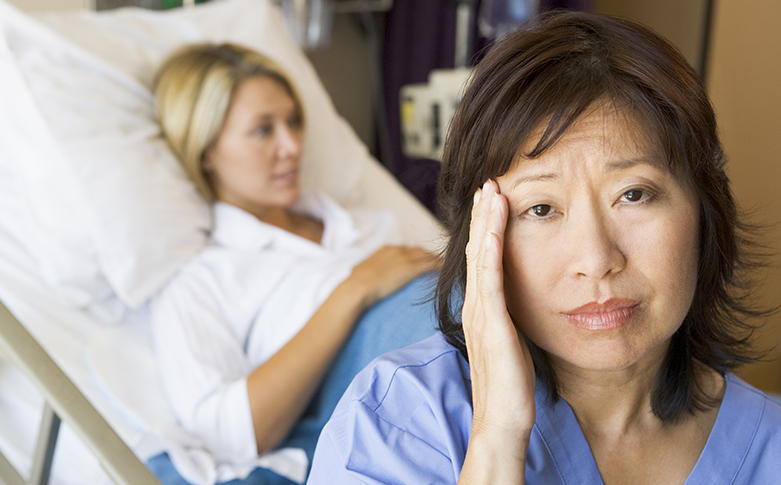 This ancient oath was established in Greece in the 5th Century B.C.E. (Before the Common Era).  It principally applies to all medical personnel: paramedics, nurses and doctors.  They swear upon graduation into the medical profession to “First do no harm”.

Medical treatment ought to be given to everybody or anybody, whether you like them or not!

It’s like being a lawyer, police officer or writer.  All of these professions need a clear handed, open minded and objective individual.

However, with the medical profession, it’s slightly different, since the staff is giving physical care to help somebody in need or save their lives.

In combat, for example, you save a person’s life according to how badly wounded they are.  This is a system of priority and it’s applied to friend or foe.  Like it or not…

If the above concept wasn’t applied, then medicine would be run by ignorant, daft and murderous personnel.  We’d be no better and lesser than our enemies.

While in China I personally heard and dealt with situations of sheer incompetence. There’s a common trend and one which needs to be addressed and remembered…  Treat all humanely and according to clinical priority.

For China, I expect the best care ‘hopefully’ with 5,000 years of experience.

The day of bribing the doctors to do their jobs properly has to end.

Furthermore, nurses fainting at the site of blood or an amputation!  It’s outrageously shameful.  Come on, get a grip!

Or when a foreigner was told he needed a leg amputation for a broken leg!  Do you all know how mad is that?

I know how easily Chinese ‘lose face’.  But the majority of times those whom lose face do so out of their own ignorance.

My case wasn’t as bad, thank goodness or possibly it was!  I had been suffering a case of glossitis for a year (2013 – 2014).  Glossitis is a condition of the tongue and mouth which causes severe painful-burning sores.  It’s usually a vitamin deficiency.  Everything from eating to going to the toilet was extremely painful.  I went to an oral specialist in three occasions and spent thousands of RMB on useless medicines.

Finally, out of frustration I began doing my own research via the internet and self-diagnosed my condition.  After, I started taking vitamins B6, C and D.  In less than nine days, my sores were gone, my tongue inflammation had disappeared and I could eat normally once again.  What took me a year of hell and doctors whom didn’t do their jobs properly, I was able to do myself in a week-and-a-half.  From that point I began taking my vitamins daily ‘like religion’ and the problem was gone entirely that next year, 2015.

I’m thankful till this day for my medical training as a Corpsman (Medic) through the U.S. Department of the Navy and Marine Corps in 1990 for six months.  This former training ‘kicked in’ and helped me find the cure.

Sadly, the incompetence of those few doctors made me fearful of visiting a hospital ever again!  And I’m not saying there aren’t good doctors, nurses and paramedics out there. It’s just I haven’t met those good enough whom respect the Hippocratic Oath and care for me whether I’m Chinese or a foreigner.

Therefore, all I’m asking from the medical profession in China or abroad to respect my humanity, hit the medical books once again and become true professionals to your code of conduct; which is saving lives!  That’s all I’m asking, for heaven’s sake!