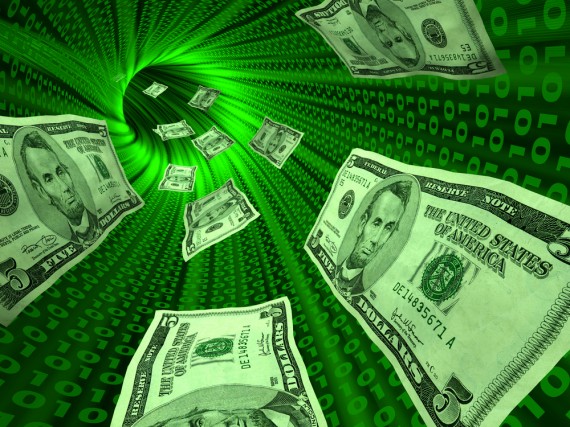 Money is believed to be one of the oldest yet greatest invention of human beings in the history. The colorful rectangle paper, barely of no marginal cost, has the magic power of getting any service or products at the value of its printed number. One could say that the modern society is predicated on our trust on that paper. Consumption on any affordable goods, specialization, reinvestment, saving against a rainy day… none of those would be possible without it. But we are walking towards that society. What? No money? Back to primitive and barter life? No, I’m talking about a cashless society.

The concept is not hard to understand at all. Putting digital payment and bank cards to an extreme, a world without use of cash is looming. For governments, the trend is cheerful. Administration staffs that deal with cash could be dismissed thus reducing its financial burden. But being frugal might not be the main reason. Cashfreeing the society is actually a means to monitoring all the economic activity. Illegal enterprises evading tax or laundering money would have no way to escape. And more importantly, the global finance could get rid of the destiny of boom and bust cycle given the full control gained by the governments, according to some economists. Optimistic views also include the extermination of forgery scam and robbery. Grandma would have no fear of going alone shopping at night.

A transparent world (at least to the government) without illicit pecuniary behaviors? I doubt about that vista of future. Purse snatchers are gone. But hackers could steal the money from your account in a minute. Of course that would require higher skills. But once they have their way, the gain would not be just several notes, but an arbitrary number on the screen. And people could hardly notice it without constant check on their account. Traditional scams would disappear. But new ways of monetary deception would take advantage of the prevailing digital transfer of money. Swindlers would ask you to donate to “poor kids” or to invest in lucrative business by crediting to their account. And those scams are already very common today.

And think about it. In the cashless society, who is going to take the role of bank? Are we the real “master” of our money? The account we seem to own is just a window. The controller is staring at you. Anyone suspected of treason could be blocked to use his account. The wealth you own is frozen. Salaries would have no way to enter your pocket. Your friends could not help because they could not transfer money to you. And you can’t even beg for a living unable to receive any digital charity! But that might be individual case. In a worse circumstance, a military coup d’etat could entail a huge risk of national wealth being controlled by a junta. And what if terrorists manipulate the monetary channels? Cashless payment is a total surrender to the authority. Individual rights are now at the disposal of those who gain the power, whether through democratic means or brutal.

As money becomes digitalized, one year’s hard work is just a jump of a number. The gross investment return is just an increase of zeros. Pocket money from parents is just a change on kids’ accounts. Everything could be reduced to abstract. One might even question about the meaning of life, and…. mathematics, since the most practical function of math would be replaced by paying machines.