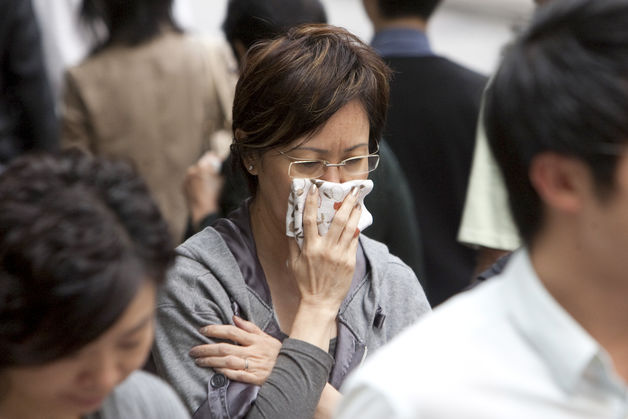 Hong Kong said it will probably experience elevated levels of air pollution “for a while” as light winds fail to disperse pollutants, prompting the city government to warn residents to reduce outdoor activity.

The city’s Air Quality Health Index should be in the “moderate” to “very high” range today, after recording in the “very high” health risk category at all three roadside-monitoring stations yesterday, according to the Environmental Protection Department.

The index was 8 on a scale of 1 to 10+ in Central and Mong Kok and 10 in Causeway Bay as of 6 p.m. local time yesterday. A reading of 8 or above triggers a government advice for people with heart or respiratory illnesses to reduce time spent outdoors, especially in areas with heavy traffic.

“The elevated health risk recorded at the stations is due to high levels of suspended particulates and nitrogen dioxide,” the department said in an e-mailed response to questions. “The relatively light wind in urban areas hinders effective dispersion of air pollutants particularly at the street level.”

A cold front is crossing the coast of Guangdong, bringing cooler weather to the region, the department said, citing the city’s observatory. Another intense winter monsoon will affect southern China next week, it said.

Chief Executive Leung Chun-ying has made cleaning up the city’s skies a priority with air quality in Hong Kong worsening since 2007. Outdoor pollution can cause lung cancer, the International Agency for Research on Cancer, a World Health Organization agency, said in October, ranking it as a carcinogen for the first time.