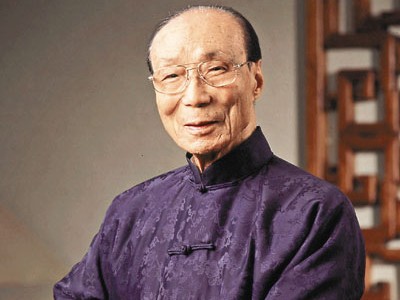 Run Run Shaw, the Hong Kong media mogul and philanthropist whose movie studio exported Chinese cinema to a global audience in the 1960s, has died.

The founder of Shaw Brothers (Hong Kong) Ltd. died at home at age 107 in the company of his family at 6:55 a.m. today, Television Broadcasts Ltd. said in a statement. Shaw was also a co-founder of Hong Kong’s biggest television company.

Shaw Brothers movies from the 1960s such as the kung-fu film “The One-Armed Swordsman” and the musical “The Kingdom and the Beauty” once accounted for more than half of Asia’s box-office receipts. “The Magnificent Concubine,” a picture about a Tang Dynasty beauty, became the first Chinese movie to receive an international award when it won a prize at the 1962 Cannes Film Festival.

“Films are an art; they are also an industry,” Shaw said, according to a 1981 interview in Signature magazine. “Forget that a moment and you have a money loser in your hands.”

“With his vision and energy, he had built the company to become Hong Kong’s premier television station and a world leader in the Chinese-language television industry,” Television Broadcasts said in the statement today.
Silent Films

The sixth of seven children, Shaw was sent by his father, a prosperous textile trader, to study English in Shanghai. At 19, he joined his older brother Runme in Singapore to distribute silent films in the region.

After helping his brother build cinemas in the then-British colonies of Singapore and Malaysia, Shaw moved to Hong Kong, where movie production companies were hiring actors under exclusive contracts similar to those of Hollywood studios.

Shaw Brothers was established in 1958 and soon hired Raymond Chow, a U.S.-educated former Voice of America journalist who wound up running the company’s film production.

Shaw’s companies in China, Hong Kong and Southeast Asia have made more than 1,000 movies, with annual production peaking at 50 pictures in 1974, according to a 1997 biography by Chao Lan and Youpeng Zhan.

He copied Hollywood by setting up a permanent production site on 46 acres purchased from the British Crown government in Clearwater Bay, in eastern Hong Kong. At its opening in December 1961, Shaw Studios was the world’s largest privately owned film-production outfit, with about 1,200 workers shooting and editing films around the clock.
Small Screen

Shaw spent as much as HK$1 million ($129,000) a film, five times the local industry average, according to Shaw Brothers’ website.

“From the small screen, black-and-white movies, to the bigger screen, to color and from color to the talkies, every change was a big boom and I was able to take advantage of all of them,” said Shaw, in a 1990 interview with Choice Lifestyle.

In his prime, he would rise at 6 a.m., eat a breakfast of noodles and tea, practice Chinese calisthenics and read a script or two before heading to the studio in one of his Rolls Royce cars, according to a 1966 Life magazine profile. After lunch and a nap, he would return to the office to work until midnight.

Chow left Shaw Brothers in 1970 to start Golden Harvest Films, becoming a major competitor of Shaw Brothers. The market was moving away from Shaw’s trademark Chinese themes of loyalty and sacrifice and tapping a demand for martial arts movies with stars such as Jackie Chan.

As Shaw’s television business flourished, his movie unit floundered. Chow signed the young Bruce Lee for $7,500 a film after Shaw Brothers refused to budge from its standard $2,000-a-film contract for newcomers. Lee went on to make hits such as “The Big Boss” — titled “Fists of Fury” in the U.S. — for Chow’s studio.

After the decline of the Hong Kong film industry in the 1970s, Shaw looked to the U.S. for opportunities. In 1982, he invested in Ridley Scott’s “Blade Runner,” starring Harrison Ford, which became a cult classic.

Shaw married Mona Fong, a former singer, in Las Vegas in 1997, about 10 years after his wife, Lily, died. Shaw had hired the former singer as a procurement manager in 1969. By 1999, she was managing director and deputy chairman of Shaw Brothers.