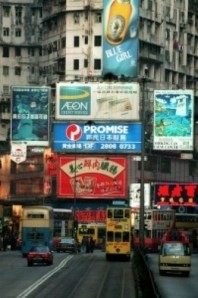 The air quality in Hong Kong has not improved on last’s years readings, with the South China Morning Post reporting that residents of the city were subjected to around 2,727 unhealthy hours on average.

According to the hourly air pollution index (API), which has data taken from 11 of the Environmental Protection Department’s (EPA) air quality monitoring stations and the three roadside monitoring points, air quality hours rose from the 2,534 unhealthy hours recorded in 2012.

The news provider reports this is a 7.6 per cent increase in the number of hours with unhealthy levels of air quality recorded between January 1st and December 21st, which is at odds somewhat with China’s moves to reduce air pollution and improve the air for residents.

Major pollutants, such as particulate pollution that can be inhaled and carbon monoxide, are measured on the API, allowing for an accurate assessment of air quality at different times. Any readings that measure above 51 are counted as “high”, but are acceptable so long as the readings are only present for a short amount of time. If readings above 51 continue for an extended period of time, it can be damaging to human health.

Any readings that are above 100 are counted as “very high”, which is unhealthy for both long and short periods of time. “Severe” is the highest level of air pollution and that is any reading above 200 on the API, suggesting it can be dangerous to go outside.

Only two areas of Hong Kong with stations – Tung Chung and Tai Po – saw improvements in air quality this year. In contrast, the Sham Shui Po, Central and Western, Yuen Long and Kwun Tong areas, all with stations, recorded over 3,000 hours of air quality measuring between high to severe, according to the news provider.

Although the overall average of unhealthy air hours increased this year, Hong Kong did see a reduction in the hours of air quality measuring between high and severe at the roadside monitoring stations. These hours reduced to 7,526 from last year’s 7,949, reports the news provider.