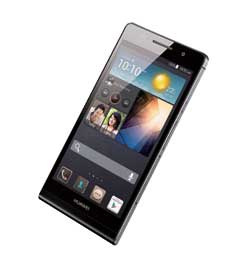 The mainland market is highly competitive and that is likely to get even tighter with telecoms giant Huawei Technologies aiming to challenge rivals with tech and design innovations.

The Shenzhen-headquartered multinational has been making wireless modems and routers for years – and is now shifting its focus to more consumer- oriented products such as mobile devices.

“Huawei is neither a state-owned nor a public company – it is owned by its employees,” Sykes said, adding that chairman Ren Zhengfei has no plans to take the company public nor to implement any structural change in the next five to 10 years.

However, Sykes said Huawei does publish periodic financial statements like public companies do – in a bid to boost transparency for better development.

He said the company has adopted an integrated product development, or IPD, process and will continue to optimize the cycle. The cycle focuses more on customer needs and requirements.

“Additionally, Huawei is transforming its service IPD process to meet the requirements of new industries, a move instrumental in the development and transformation of the service industry,” Sykes noted, adding that US computer giant IBM has been a consultant for Huawei on such procedures.

Sykes said there are huge opportunities in the mobile industry, and Huawei is currently working on developing the fifth generation of mobile connectivity – although the work is still in the early stages.

“Different developers have yet to come to an agreement on the standard for this new technology,” said Sykes, who expects 5G to become available between 2020 and 2030.

By then, data transfer speed can become 100 times faster to reach about 10 gigabytes per second.

But despite the huge improvement, capital expense will not necessarily increase vastly.

Huawei last week introduced the world’s slimmest smartphone in the Ascend P6 – where P refers to the “platinum” series and the digit points to its thickness of just 6.18 millimeters.

Boasting a stylish design with brushed-metal finish, the P6 has a high- definition 4.7-inch display along with an eight-megapixel camera on the rear. The front-face camera has an incredible 5MP resolution – the highest among currently available phones.

Other higher-end features include a 1.5-Gigahertz quad-core processor, 2GB of RAM and 8GB built-in storage.

With an SD card slot, the gadget can go up to 32GB, with the 2,000mAh battery providing enough juice.

Other smartphone series from Huawei include the G-series targeting regular users and the Y-series – featuring an affordable price tag that would appeal to younger users.

Huawei Ascend P6 is now available at a suggested retail price of HK$3,280.