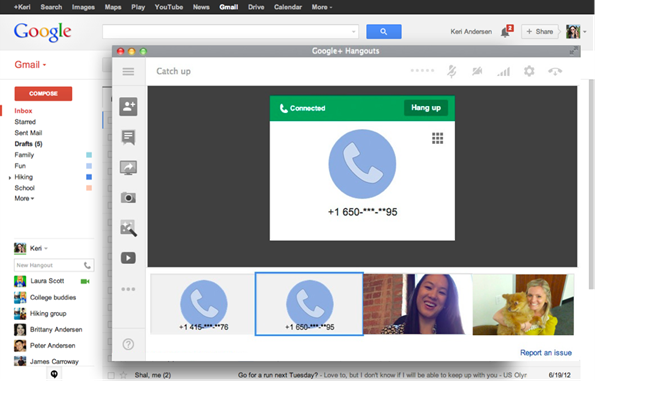 The transition from Google Talk to Hangouts added a lot of new features, but making phone calls from Gmail didn’t come along for the ride. There was still a roundabout way of adding phone numbers to a Hangout, but it was too awkward to be useful. Finally, Google has announced that phone calls are again possible from Gmail, but that’s not all. Phone calls are now built into Hangouts in Gmail, Google+, and the Chrome Extension. There are even some neat new features. To call a phone number from Hangouts, press the phone icon in Gmail, or choose the “Call a phone” menu item in Google+ and the Chrome extension. The feature should work just like before, but you can also add multiple phone numbers and video participants to the same Hangout. Sound effects like applause or laughter can be piped into the calls now, but I’m not sure that’s a good thing. This feature is rolling out to everyone over the next few days, so don’t panic if you don’t see it yet. Google also hints this is just the beginning of phone integration. It reminds us Hangouts is the future of Google Voice, which is encouraging. Why can’t the future be now?