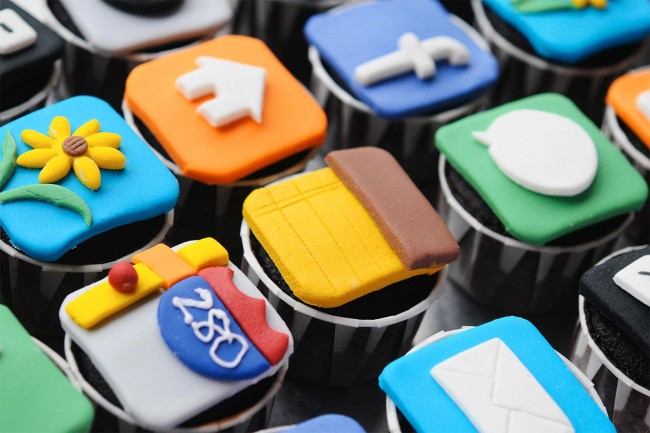 It has been five years since Apple opened its App Store, a corner of iTunes dedicated to small applications destined for use on its then new smartphone. No, it wasn’t the first app store, just as the iPhone wasn’t the first smartphone, but of all its peers, its creation brought about some of the biggest changes the mobile industry has seen – something even the most ardent Apple-hater will be forced to admit. We’ll go one step further and say not only has Apple’s store changed the mobile industry, but it has also changed the way we shop for software, the way we spend our free time, and even the gadgets we buy in the first place.

To say the App Store has been a success is an understatement.

The iTunes App Store made its debut alongside iPhone OS 2.0 and iTunes 7.7, and coincided with the release of the iPhone 3G, back on July 11 2008. There were 500 apps ready to download when the store opened for business, with more than 120 available for free. It took two months for that figure to grow to 3,000, and for the store to reach its first major milestone –100 million global downloads. To many, it was their first exposure to downloadable applications, particularly on a phone.

It was a good thing too, as before the App Store’s arrival, downloading anything to a phone was an often frustrating experience. Circa 2004, for example, networks offered downloads; but because you had to use a WAP browser and a GPRS data connection, you needed to set aside a considerable amount of time, and remove anything easily breakable from the room before starting. Around the same time, stores such as GetJar and Handango were emerging, and while easier to use and more extensively stocked than network stores, were still not for the masses.

The smartphone revolution came, built on the App Store

Following the launch of the iTunes App Store, the bandwagon proved to have plenty of room. It was joined by the Android Market and BlackBerry App World in 2008, then Nokia’s Ovi Store and Windows Marketplace in 2009. The latter became the Windows Phone Store in 2010. For sometime, the App Store’s closest rival was Nokia’s Ovi Store, until Symbian phones started to lose their appeal, and Android began its quest to dominate pockets all over the world.

We’re probably all familiar with how the App Store has performed since those early days, as Apple is always keen to let us know the latest numbers every few months. At last count, there were 900,000 apps inside, 50 billion had been downloaded since the store opened, $10 billion had been paid out to developers (a figure Apple claims is three times the amount of all other platforms combined), and there are 575 million credit card-enabled iTunes accounts. To say the App Store has been a success is an understatement.

Thanks to all these facts and figures, it’s easy to chart the App Store’s rise to power, but what about its impact on stores, phones and our lives?

Remember how you would get new software onto your computer? It was on some kind of disc, no matter whether it measured 5.25-inches, 3.5-inches, or was shiny and circular; you still needed to stick something in a drive to install it. Now, not so much, and it’s partly because of the application store’s continued success. While the transition from boxed to downloadable files has been made possible by faster data speeds and Wi-Fi, the speed of its acceptance is primarily down to app stores on our phones. Phone applications have never been sold on physical media, so if you wanted to play Angry Birds, or Shazam a song playing in your local coffee shop, you had to visit a virtual store and tap a few buttons.

Our familiarity with this process allowed companies to quickly introduce their own app stores, regardless of whether they operated on a phone or not, safe in the knowledge a high percentage of its customers would be comfortable buying software from their devices, instead of from an actual shop. Physical media as a delivery system for software is now almost dead, so much so that many machines don’t come with an optical drive, and companies such as Adobe and Apple have stopped releasing boxed versions of some products entirely. It’s a change undoubtedly facilitated by the success of the smartphone and the app store.

Imagine buying a smartphone without access to an app store

You wouldn’t buy a smartphone that didn’t have an app store, because a modern smartphone without an app store is like the same phone without data connectivity, or as we would have once called it – a flip phone. These days, even flip phones come with pre-installed apps and a store through which more can be downloaded. Phones, apps, and virtual stores are now all inextricably linked together.

… ask any smartphone owner whether they could live without apps and an app store, and the answer will almost certainly be no.

It’s for good reason, too. The number of applications available, the functions they perform, and the potential for developers to achieve considerable success is mind-boggling. Their existence makes our phones unique, as the chances of seeing another iPhone, Android or Windows Phone with exactly the same apps placed on the home screen are slim, while certain social networking platforms owe their success to being easily available on smartphones.

From Rovio to Instagram, I Am Rich to iBoobs, and Tiny Wings to Doodle Jump, these are all names with which we would be unfamiliar without the App Store, and in the case of four out of those six examples, our lives would be less enjoyable because of it. Of course, we’d also be unfamiliar with fart apps, Fat Booth, Pocket Heat, and Apple Maps, which wouldn’t be so bad. The point is, if you own a smartphone, then we’re willing to bet a sizable chunk of your everyday digital life is conducted on it, something only possible because of the app store.

Not everything to come out of the App Store is good

We’ve talked about all the good to come from the Apple App Store, but how about some of the bad; surely it’s not – as Apple would have you believe – an utterly flawless utopia without any problems at all? No, of course it’s not. Apple’s walled garden has seen its fair share of controversy, from the PG-13 version of Playboy and hugely expensive in-app purchases, to the infamous Baby Shaker, and apps which have secret functions inside; but perhaps the biggest hardship we all must endure is the continued use of iTunes. A hateful piece of software, particularly if you use it on a Windows machine, it has become more bloated and almost glacially slow over the years. It takes all the joy out of browsing for new apps, and we’re grateful for iOS’s gradual separation from it, thanks to features such as over-the-air downloads and wireless syncing.

What else? How about the phrase, “There’s an app for that.” The now famous tagline – an Apple trademark – has been used in Apple’s iOS and App Store advertising since 2009, and is an incredibly successful marketing achievement; however, that doesn’t excuse its crimes against humanity. The endless parodies and jokes are bad enough, but it’s the repeated use in headlines which really makes us cry. In 2009, its use could be forgiven, as it was at least timely; but a Google search today sees articles with, “There’s an app for that” amusingly used in the title still being published. Oh, the hilarity.

Some would also mention the locked-down nature of the Apple App Store as a negative, but we’d disagree. Yes, Apple keeps a very strong hold over what happens inside the App Store, but this restrictiveness has freed us from worry. The chance of downloading a malicious app is minimal, and serious security flaws are very rare, while the quality of most apps is higher than many other app stores. Of course, there’s still plenty of rubbish, but you really have to search for it.

So, happy fifth birthday to the iTunes App Store. You’ve successfully transformed the way we buy software, made the smartphones we own more useful than we could have imagined, plus spawned a multitude of apps we can’t imagine life without. This, then, is the true measure of success – as ask any smartphone owner whether they could live without apps and an app store, and the answer will almost certainly be no.