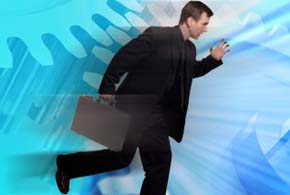 Microsoft’s Office division is courting developers, business data analysts and channel partners to deepen the platform’s reach into the enterprise.

Microsoft Office is on a roll, said Julia White, general manager for the software giant’s productivity technology unit. And to keep the momentum going, the company is banking on a growing Office apps ecosystem and new business intelligence capabilities, she told eWEEK.

Using the Microsoft Worldwide Partner Conference in Houston (WPC 2013) as a backdrop, the company shared some statistics that suggest that its shift to a cloud-enabled, subscription-based model is resonating with the business IT community at large.

According to the company’s most recent figures, “Office 365 is the fastest-growing businesses in Microsoft history,” said the Redmond, Wash.-based software maker in an email to eWEEK. In monetary terms, currently Office 365 boasts a $1 billion annual revenue run rate.

Small and midsize businesses (SMBs) are flocking to Office 365, informed Microsoft. SMB Office 365 customers have more than doubled (2.5X) during the past four quarters. Consumers helped push the Office 365 Home Premium to more than 1 million subscriptions roughly 100 days after launch.

Enterprises are jumping aboard, too. Microsoft reported that a quarter of its enterprise customers have Office 365. Similarly, premium versions make up a quarter of 365 seats.

Office 365 is “on record as the fastest-selling Office that we ever had,” White told eWEEK before revealing that Microsoft and its partners sell “a copy of Office every second.” All told, the Office user base numbers 1 billion people, or one-seventh of the world’s population.

Partners, said White, feature prominently in Office 365’s successful start. Concerns that Microsoft would cut out the middleman in its shift to a subscription model proved unfounded, she added. “Up to 150,000 partners are enrolled to sell Office 365,” she said. White added that her company is experiencing “2X year-over-year growth in terms of partners selling Office 365.”

White also signaled that two announcements made during WDC 2013 will help the company and its channel partners attract new business.

On July 8, Microsoft unveiled Power BI for Office 365, a mix of existing and new features that bring business intelligence capabilities to Office users. Anchored by Excel, and boosted by the company’s advancements in SQL and Windows Azure, Power BI blends access to public and private data, data exploration and interactive visualizations with mobile-enabled collaborative work spaces.

Microsoft also announced a major expansion of its business app marketplace, the Office and SharePoint Store. Until now, the U.S.-based store acted as the company’s global site, said White. On July 8, the company announced that it expanded into 22 other markets with localized storefronts and now supports French, German, Spanish and Japanese language apps.

Currently, the store has hundreds of business and productivity apps—a third of which are built on Windows Azure—and has racked up over 1 million downloads. To grow those numbers, Microsoft is rolling out a new, streamlined development model to get coders up to speed quickly on Office apps.

“Anyone who’s a Web developer can now build apps,” said White. Microsoft “standardized across everything” to speed the development of Office-compatible apps and open up revenue opportunities for app makers. – See more at: http://www.eweek.com/it-management/microsoft-office-expands-into-apps-business-intelligence/#sthash.oZ0raV5F.dpuf