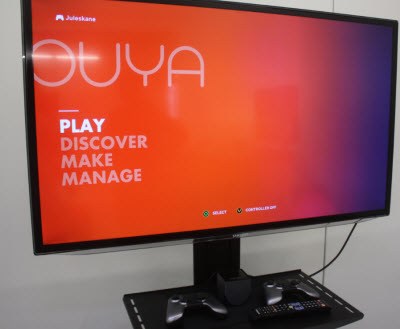 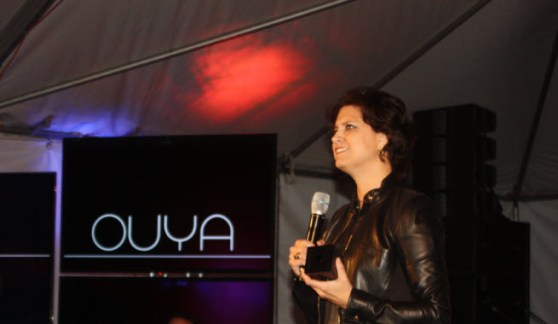 Ouya is just a kind on the block alongside the game consoles from Nintendo, Microsoft and Sony. But it’s graduating to a higher level today, as the maker of the $99 Android game console is announcing today that it has raised $15 million from the world famous venture capital firms Kleiner Perkins Caufield & Byers and Mayfield Fund.

To better stock shelves in advance of its retail launch, Ouya is also delaying the retail release of its console by three weeks until June 25, initially planned to March 2013.

It’s a pretty big leap to move from Kickstarter, the crowdfunding platform where Ouya raised a record $8.6 million last year, to partnering with a couple of Silicon Valley powerhouses. Kleiner Perkins has invested in more than 700 ventures (including Amazon, Electronic Arts, and Google) and its portfolio companies have held nearly 200 initial public offerings and created more than 375,000 jobs.

Other investors include Nvidia, Shasta Ventures, and Occam Partners. Ouya’s plan is to disrupt the game console business. It plans to do so by using open source software on inexpensive, Nvidia Tegra-based hardware that runs Android games from the mobile world that you can play on big screen TVs in the living room with a game controller. Ouya has been shipping consoles to players who preordered the system since March.

Uhrman said the company will use the money to create more hardware units to meet demand for the upcoming retail launch in the U.S., Canada and the United Kingdom. Ouya will also pour more money into support for its growing game development community.

One of the reasons that Ouya may put Nintendo in danger is because Ouya is much of a rival of Nintendo Wii and Nintendo U rather than Playstation 3 and Xbox 360. These two consoles target the public that is looking for a higher end kind of device, while the Nintendo Wii and Oura are targeting the masses. When it comes to kids, the competition is even more obvious. Parents will be more likely to spend US$99 on an Oura console and get free games, instead of spending the same amount of money on a Wii and having to pay for the games. (Note: There are actually cheap versions of the Wii console being sold in Europe, but not in Japan).

Another reason would be game developers. On one side of the story you have Oura, which runs on the Android OS. Any game developer would feel more encouraged to develop a game for Oura since the game would be able to run on hundreds of other devices that are compatible with the Android OS. On the other side of the story you have the Wii, which has its own proprietary OS provided by Nintendo. Game developers must pay a fee to Nintendo if they want to develop a game for this platform. This fact automatically drives thousands of developers to Oura everyday.

The question is how long Nintendo will be able to bare this situation.