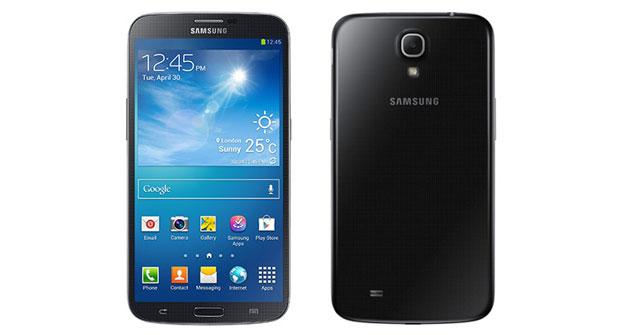 We have received rumour a few days ago that Samsung was planning more devices, but we didn’t expect the arrival of two Galaxy Mega smartphones at the same time. According to our sources, both of them are going to be released in Europe next month, continuing to prove that Samsung are willing to test out any screen-size. The 6.3-inch model has an HD Amoled display with a resolution of 1280×720 alongside a dual-core 1.7GHz processor, Android 4.2 and an 8-megapixel camera.

Samsung’s TouchWiz UI will be backed by Android 4.2 Jelly Bean, making the Mega phones some of the earliest devices to be equipped with the latest version of the operating system. Some features announced with the upcoming Galaxy S4 will also be on both devices, including an IR blaster to control your television or home entertainment system and S Translator. To take advantage of the large screens, Samsung’s multi-window view will be installed, letting users use two apps simultaneously.

Software features like Air View, Multi Windows, Pop-up Play will make sure you have plenty to do on that giant screen. The Galaxy Mega arrives somewhere between Samsung’s Galaxy Note 8 and Galaxy Note II, although we’re hoping it’ll be priced slightly more humbly than either neighbour. The Galaxy Mega 6.3 houses LTE and HSPA radios, while you’ll get GPS and GLONASS to aid any location-based antics. There’s a 3,200mAh battery and internal storage that can be expanded by microSD up to 64GB, with 8 or 16 gigs (there’s two models) built-in to begin with.

In Hong Kong, the news models are also expected to be released some time soon, ir order to compete with Huawei’s Ascend Mate, which has a screen of 6.1 inches.

The HSPA-only Galaxy Mega 5.8 reduces the size — and pretty much all the other specs. The resolution drops down to qHD (960 x 540), while it packs a lesser 1.4GHz dual-core processor. It has the same 8-megapixel camera, while the smaller, er, Mega, will arrive in only one size — an 8GB model. No word on pricing for either yet, but the Ubergizmo team has already got the chance to handle the Korean manufacturer’s 6.3-inch goliath.