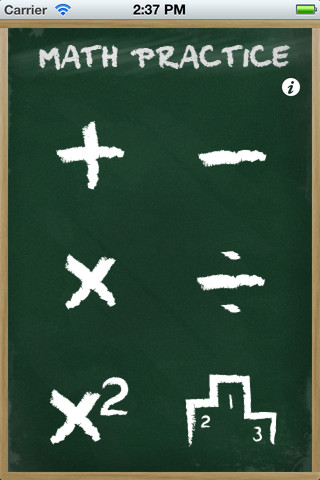 Apple iPhone rumors are nothing new, but the latest report suggests that Cupertino has at least three iPhones up its sleeve for 2013, one of which has been dubbed the “iPhone Math.”
Yes, the iPhone Math. According to Brightwire.com, which translated stories from the China Times and Taiwan-based Commercial Times, the iPhone Math would feature a 4.8-inch screen and an 8-megapixel camera.
Here is the translation we got.

…the 4-inch iPhone 5S and 4.8-inch iPhone Math…will hit markets before the end of June.
…
manufacturers will begin production in late April. … Hon Hai Precision Industry Co. Ltd. will undertake 90% of the manufacturing.

There was no discussion about why Apple might name a new smartphone the “iPhone Math”. It may even be just a case of mistranslation from the original document in Chinese, but let’s hope they will change their minds and come up with something that sounds better. Since the launch of the first iPhone, Apple has differentiated its models with numbers – iPhone 3G and iPhone 5, for example. It has reserved code names for its Mac operating system, which has been named after wild cats for years.
Bizarre names aside, the larger story is that Apple will move away from its traditional model of unveiling one, high-end smartphone each year and release three new iPhones in 2013 in order to appeal to a larger user base. Brightwire.com said Apple will release the 4-inch iPhone 5S and 4.8-inch iPhone Math before the end of June, while a third, mystery iPhone – with a 12-megapixel camera – will hit the market by year’s end.

The last two iPhones – the iPhone 4S and iPhone 5 – were launched in October, but before that, Apple unveiled new iPhones in June at its Worldwide Developer Conference. In recent years, however, Apple has reserved WWDC for a sneak peek at the lastest version of iOS and Mac OS X, along with a refresh of its Mac line, but has held off on smartphone releases until the fall.
While Apple has sold millions of iPhone 5s, meanwhile, there has been talk about how Cupertino needs to branch out into emerging markets in order to maintain its momemtum. Apple’s chief rival, Samsung, has a cell phone in every size, color, and flavor and that has helped it become the biggest mobile phone maker in the world. Apple has opted for a very simple line of iPhones thus far, and holds design in very high regard. It avoided a 4G LTE iPhone until late last year so as not to bulk up its device, for example.

Apple decided to deal with the fluctuations in iPhone sales by accelerating introduction of incrementally improved new models. In conjunction with Liquid Metal, Apple is putting itself into position to introduce devices in innovative new shapes and designs. The next year in Apple product releases already looks set to be quite interesting.

The likelihood of Apple actually releasing an “iPhone Math” is very low (is an iPhone History or iPhone Biology next in line?), but Apple is probably looking at how best to branch out into new markets while not sacrificing the popular iPhone aesthetic.