Nokia announced preliminary financial results for its fourth quarter of 2012 on Thursday, claiming that its smartphone business had “exceeded expectations,” despite the fact that overall sales are still trending downward.

The struggling mobile maker said its Devices & Services division sold 86.3 million devices in the quarter, for a net sales total of €3.9bn, which the company said beat its own earlier estimates. 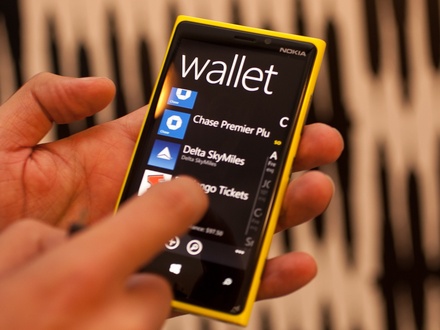 Smart devices accounted for around €1.2bn of those sales, with Nokia shipping 6.6 million units in the quarter, two-thirds of which were Lumia smartphones.

The company said today its mobile-phone business probably had its first profit in a year excluding some items. That compares with its October forecast for a loss of as much as 10 percent of sales. The shares reached their highest level in nine months for their steepest increase since July 19.

But the lion’s share of the sales – €2.5bn – came from Nokia’s other lines of low- to midrange mobes, including its Asha line of smartphones and feature phones. The company said that out of a total of 79.6 million handsets sold, 9.3 million were Asha full touch smartphones.

Some of the other phones sold were Symbian devices, but that aging OS represented a smaller share of the total than ever before. Nokia sold just 2.2 million Symbian phones in the quarter, which was less than it sold of either its Asha or its Lumia lines.

“We focused on our priorities and as a result we sold a total of 14 million Asha smartphones and Lumia smartphones while managing our costs efficiently,” Nokia CEO Stephen Elop said in a statement, adding that Nokia Siemens Networks also had a good quarter.

While all of this sounds encouraging, however, much was left unsaid, and not all of what was disclosed was wholly positive.

Although Nokia says it saw “better than expected financial performance” in its Devices & Services business, the division’s overall sales were down from the equivalent quarter in 2011. Net sales were down 35 per cent from the €6bn Nokia pulled in during Q4 2011, and the number of units shipped was down 24 per cent from that quarter’s 113.5 million–unit volume.

Operating profit at the handset division, excluding some items, was at a break-even level or as much as 2 percent of sales last quarter. In the current quarter, the handset unit will probably have an operating loss equivalent to 2 percent of sales, Nokia said. That prediction has an error margin of plus or minus 4 percentage points, the company said.

The network venture will probably have a first-quarter operating margin of 3 percent, plus or minus 4 percentage points, Nokia said.

Nokia had supply constraints with the Lumia 920 in the fourth quarter, especially with AT&T Inc. in the U.S., and operators in Italy and Germany, and the bottleneck will persist during the first quarter.

And as for next year? Nokia says the division’s operating margin will probably be around negative 2 per cent, “plus or minus four percentage points” – hardly reason to celebrate.

Still, investors were willing to overlook the bad and seemed pleased with what came across as a generally positive announcement from long-suffering Nokia. The company’s shares surged 18.67 per cent on the news, to close at 4.45. ®