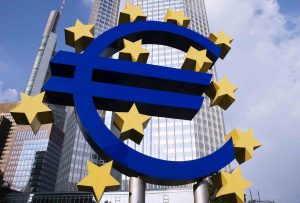 The Conseil Constitutionnel rejected the project of increasing the Fortune tax rate imposed to the wealthiest. A strong criticism and an overall discontent of French President’s tax reform put lately the country into the spotlight in news around the globe. Ironically, the image of the country with high tax rates seems to be untarnished.

As a result, François Hollande’s popularity keeps going down. On Monday, he stated that the bill will be amended accordingly to the Court’s comments.

After the publication of the 2013 Financial Budget on September 29, 2012, the measures concerning the Solidarity Tax on Wealth (Impôt sur la Fortune) were regarded as controversial. The tax rate hike imposed being relatively high, specialists have previously said that this measure could be judged as unconstitutional.

Last Saturday, without astonishment, the French Court decided that the 75% wealth tax bill on income exceeding Euros 1.3 million, had to be thrown out. The invalid reform provided no guarantee of taxpayer equality.

A major fault from the government’s bill is the following: the eligibility of the wealth tax relied solely on each physical person’s income instead of the total household resources of income like the other comparable taxes in the French system. To be clear, the concerned individuals reliable to the wealth tax also need to pay a series of other taxes including social contributions, salary and savings. According to UMP Deputy Gilles Carrez, the marginal tax rate per household’s resources would exceed 100%.

As for this reform, it is part of the measures promised during Hollande’s presidential campaign.  The objective was to cut France’s public deficit to 3% of the GDP in 2013 which is the limit in the European Union zone. Furthermore, the Socialist stressed on the fact that the rich should contribute more in public finances.

“In my opinion, rich citizens should pay more taxes than the average ones. But 75% of your income, that’s a dangerous move from Hollande. He will only make them leave the country and their company, revenues and other employees with them,” said Ionel Leung-Pin, French expatriate working in Hong Kong. “In the end, the national economy won’t get better,” he added.

As a matter of fact, over the past months, the French “Elite” has publicly declared through massive media coverage, that they were planning to move out of the country, escaping the tax hikes. Recently, it is the case of French actor Gérard Depardieu who is planning to hold his residency in Belgium. Likewise, the musician Jean-Michel Jarre has projects to move to Great Britain. Indeed, these two countries do not hold such wealth tax. In the past, several EU countries have abandoned the settlement of wealth tax. The concerned countries include: Austria, Denmark, Germany and Spain.

A French entrepreneur owning a trading company in Paris of small size (less than 20 employees) spoke on condition of anonymity and told us that the wealth tax reform was ridiculously out of proportion and just put the French government into public embarrassment after last week’s decision.

“More and more people will leave the country, only the working and middle class will remain. I will leave too if I could,” he said. “The middle class taxpayers will suffer the most as they will support and contribute more in the public finances,” he explained.