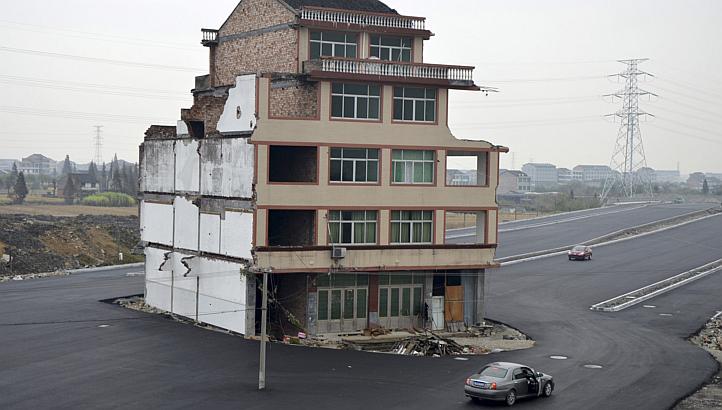 A whole highway was built around a house in Zhejiang, China, after the owners refused to sell it. (Source: Reuters)

What would you do if the government tells you that your house needs to be demolished so that they can construct a new road?

Apparently in Mainland China, you can refuse the offer and ask the government for more money. But sometimes, the government won’t accept giving you a higher offer. Instead, they will just go ahead and persuade their plan. If your house is in the middle of the way, it doesn’t matter. They will just build everything around it!

According to the media, the owners refused the offer because they claim that the compensation offered by the local government would not be enough for them to purchase a new house somewhere else.