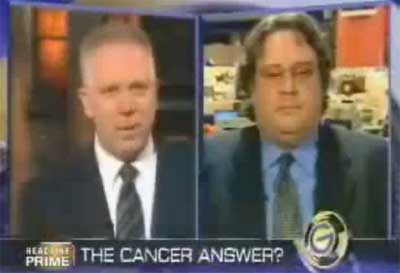 According to the American Cancer Society, the odds you’ll develop cancer in your lifetime are one in two, if you’re a man, and one in three, if you’re a woman.1 But an experimental cancer drug shown to shrink tumors by correcting metabolic oddities in cancer cells shows promise in the fight against this deadly disease. The synthetic drug DCA (dichloroacetate) DOES indeed kill cancer cells, both in the lab and in human beings. However, whether it can reverse tumor growth without harming you in other ways remains to be seen.

The first clinical trial, although small, involving patients with brain cancer (glioblastoma) was encouraging, and the results were published in Science of Translational Medicine in 20102 . However, there is still a great deal more work to be done before DCA can be pronounced a safe and effective cancer treatment.

An interesting aspect of DCA is that it’s an inexpensive, non-patentable molecule, which makes it of minimal value to pharmaceutical companies that profit by patenting expensive new drugs. Therefore, clinical trials are slow to get going due to lack of funding by Big Pharma. Researchers must await sufficient money to trickle in from government sources and public donations before moving forward.

Meanwhile, New Scientist said the Canadian researchers have received around 15,000 e-mails inquiring about DCA, and pharmacies and chemical supply companies are being pressured to sell the drug to members of the public.

Doctors are also being urged by patients to request special authorization from national regulatory agencies so that they can prescribe the drug.

Researcher Evangelos Michelakis said DCA has not been tested for safety and effectiveness for cancer.

In clinical trials it has been known to boost the risk of nerve damage. Also, it may inflict kidney damage and interact with existing anti-cancer drugs in unexpected ways.