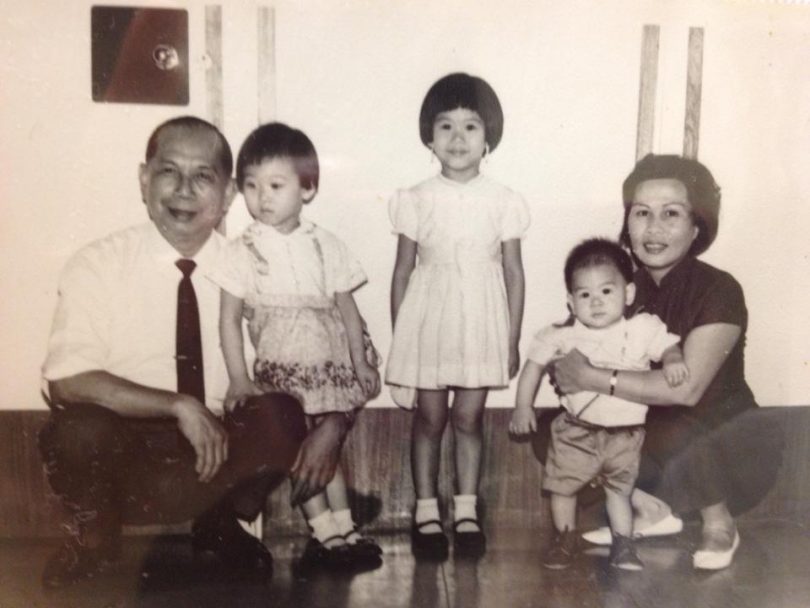 The grandchildren of Chan Yuk Sau are on an endeavor to locate and reunite her long lost siblings separated during WWII in the Sino-Japanese war.

During WWII, Japan invaded China and caused a mass exodus of civilians. Our grandmother, Chan Yuk Sau, fled to America with her children and husband; while her sister and brother remained back at home. The close siblings have not seen Yuk Sau in over 70 years, so her grandchildren are on a journey to see if they can utilize the power of social networks to find and reunite them once again.

We have very little information or whereabouts of the other siblings, other than their names and last known location. We don’t know if they are still alive, but they probably have grandchildren of their own already. We’d like to see if the Facebook community in the US and Asia can help us uncover information to find our relatives.

Here is what we know:
Our grandmother’s name is 陳玉秀 (Chan Yuk Sau) aka 陳玉簫, she is now 88 years old
Her older sister is 陳玉芳 (Chan Yuk Fong), age is most likely around 90-94 yrs old by now.
Her older brother is 陳國能 (Chan Kwok Nang), age is most likely 90-94 yrs old.
Her cousin is 陳玉琴 (Chan Yuk Kum)Our grandmother, 陳玉秀 (Chan Yuk Sau) aka 陳玉簫, was born in 1924. According to the Chinese calendar, her birthday is April 16, 1924, born in the Taishan area of mainland China. Her family moved and was very rich in Hong Kong. They owned the only Lumber company there, which was taken by the Japanese during WWII. Her grandfather was a high government official. She married a Hong Kong police officer and immigrated with her husband and children to California.Yuk Sau’s older sister, 陳玉芳 (Chan Yuk Fong), moved to Singapore when she got married, which was during WWII. Her older brother, 陳國能 (Chan Kwok Nang), stayed in Hong Kong, but they lost contact with him for over 50 years. He left and never came back.She has a cousin, 陳玉琴 (Chan Yuk Kum), who presumably moved to Singapore, as well. They were known as the 3 sisters and were very close.

Please share this page with your friends and family members to help spread the word. Please send us a message or post on our wall if you have any information or possible leads.

We hope to find our grandmother’s family so they can be reunited. Even a Skype video call would make all the difference in the world, and we would love to be able to give our grandma the greatest gift we can, as she has been there for all of us through the years.