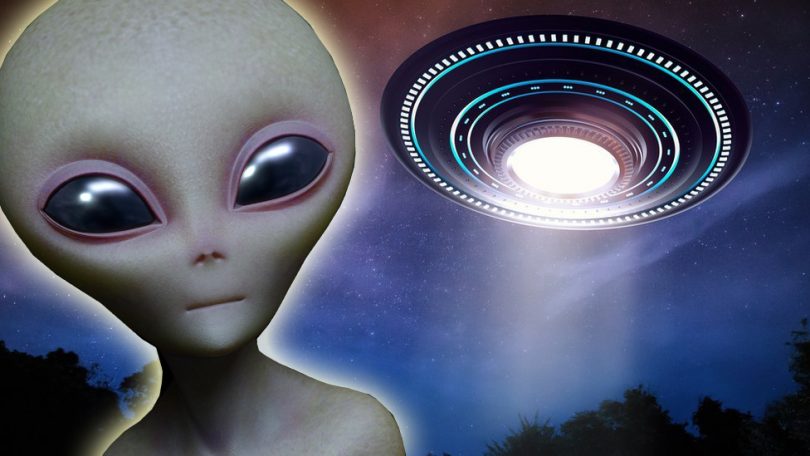 Historians have mentioned encounters with aliens since ancient times, it was even written in stone what could be misconstrued as a flying object or alien. Aliens are lifeforms, and nobody is certain how we evolved in the human chain or universal evolution. I’ve often wondered if there are aliens. Why didn’t they make initial contact with us? Maybe our ‘savage’ or ‘primitive’ behavior/nature would try to kill them with our ‘gunboat diplomacy’. Books have also theorized how possibly the pyramids weren’t built by the Egyptians, the calculations and longevity were considered too perfect; the same has been said about Machu Picchu, Yucatan Peninsula and pyramids constructed by the Mayan Empire. I would still like to believe that man/woman is ingenious enough to have the intellect to have done it. However, things which were built in ancient times were just too great, harmonious, and honestly speaking, homo-sapiens didn’t have the technology to conquer it by themselves at that time; or did they? One thing remains true, since the conception of humanity, people have often imagined their encounter with aliens. This goes back at least 10,000 years in human history. Where aliens or so called ‘gods’ were referred to by people in their drawings and texts, and just didn’t know how to explain these types of phenomena. This can only be looked at with an open mind. We have too vast of a Universe to be the only ones in it!

But when did people start writing and documenting about aliens beyond our earth?

Some theorists mention to the fact, that it could have gone as far back as the Torah and Bible (Old & New Testament) which speak about ‘miracles’: seeing angels with flesh and bone, the burning bush, Sodom and Gomorrah, Moses crossing the Red Sea with the Israelites. All could be conducive to aliens who had superior technology. The creation of the Torah, and what would later become the Bible was written in a span of 1,000 years (1,300 to 300 B.C.E. – Before the Common Era). What the prophets called ‘God’ could have come from superior extraterrestrial forces.

The first person recognized for writing about other lifeforms and aliens was Lucian of Samosota (Eastern Turkey), when in 200 C.E. (Common Era) he produced a writing called, “Vera Historia” (True History). It was based on what a person could find on the moon, an exaggerated version of what was on planet earth and lifeforms taking shapes from other lifeforms, etc. All over the world different stories appeared more on what would aliens look like, and typically they took human shape. The same is true with the Japanese story, “The Tale of Princess Kaguya” (10th Century), documenting a celestial war between earth and the moon.

It is said that Europeans in the 17th Century were already doing their best to study and write about extraterrestrial beings. With the Age of Reason/Age of Enlightenment, Europeans more than ever began studying ‘what could be out there?’, other worlds and stars. But it was Voltaire’s “Micromegas” which made the difference and what started the fever and desire to know more about alien-lifeforms, etc. What Voltaire’s book theorizes basically was the planet Saturn and on it were Saturnians, which were a smaller version of ourselves. Generally, people were trying to imagine what an alien lifeform would be like, and at the time, it was most likely another smaller or larger version of homo sapiens. Other writers from the French philosophical movement would come to write and talk about aliens during this period.

But it was “The Father of Science Fiction”, H.G. Wells (back in Britain) who brought to perfection the genre of science fiction to life. When he wrote, “War of the Worlds”, he made it seem like extraterrestrials were the enemy to mankind. Wells also was a man of his time and wrote according to what an Empire would do to conquer other people with less technological advancement. Here during the Victorian and Edwardian periods was the height of Empire and he understood how men were just prone to violence. Therefore, he wrote about the aliens in the same way.

However, who brought the “reality” of an extraterrestrial invasion to life was Orson Welles. Something that was only a fantasy for millions of Americans, suddenly became a fearful, “what if?” At the time 23-years old, he spoke via radio during an ‘emergency’ press conference using the H.G. Wells novel, “War of the Worlds”. This happened on October 30th, 1938. When he announced that Martians were invading the New Jersey shore and going-up the coastline. Panic ensued for a gullible audience in the thousands. Welles still felt bad about the entire fiasco and apologized over and over for the misunderstanding decades later.

The melodrama with the aliens wouldn’t end there. In 1947 the first well known sighting was when Kenneth Arnold (a business professional) was flying his Cessna and he saw nine-flying saucers racing over the speed of sound on top of Mount Rainier in Washington State. He mentioned that these Unidentified-Flying-Objects (UFOs) raced at speeds over 1,000 mph (miles per hour) (1,609 kph – kilometers per hour).

However, did you know that recorded sightings go back to the Renaissance Period when artists already were displaying these mysterious-flying objects on their paintings. Daniela Giordano, an Italian writer wrote in 1998 a groundbreaking article about UFO sightings, what people witnessed, how these objects were expressed and manifested in paintings.

Countries with well-known recorded sightings and documentation have been in: Australia, Canada, Denmark, Greece, Sweden, United Kingdom, and the United States. In historical writings about China, a “moon boat” (月船) was sighted every 12-years (this allegedly happened in the 4th Century of our Common Era). But also, this could be considered a mystical story, since the Chinese-Zodiac system and symbolism is based on 12-celestial animals, etc.

The facility which has always been questioned is Area 51/Edwards Air Force Base. Homey Airport or Groom Lake was opened in 1955 and what happens in the area is highly classified and controversial until present-day. Aircrafts prototypes (U2 to F-117) are experimented with on the Base, and with other sensitive manners: it is a facility to study aliens, UFOs, its sightings, our earth and the beyond. One-hundred-thirty-four kilometers (86 miles) away from Las Vegas, Nevada. Often these rumors have been denied by the U.S. government. The area remains Top Secret. However, a few who had worked inside acknowledged once their documents and pictures had been declassified that it was a commonality for an alien cadaver to be studied, the materials of extraterrestrial beings being analyzed, the portions of a spaceship leftover from the crash-sight are still viewed today and several aliens working alongside human beings. This has been the case for now; however, skeptics still exists, and nothing has been proven 100 percent.

As a man of science and logic, I like to consider the following: until solid proof is shown to me, then I can accept something as factual. In other words, I would have to witness it to believe it. For now, I allow nature to take its course and accept that we aren’t the only ones in this vast Universe of ours. It would be completely selfish for us to think that we are the only ones. The other reason why, if there are aliens, then why don’t they show themselves to us? I am afraid that we would be quite harmful towards the aliens in our own violent and brute nature. I think we aren’t ready for an encounter until we continue to evolve several centuries later into a more peaceful humankind. These are my conclusions. I hope you enjoyed and learnt something useful!