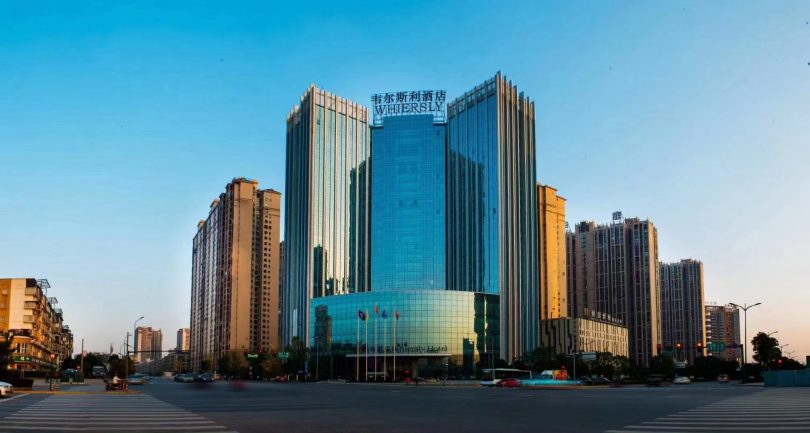 The Whiersly’s Oval Restaurant has its Charming Potential

Frequently and the little time I have been in Changsha, Hunan—there are things in this town which are made gorgeously exquisite. After all, it’s the province of hot spices. The Xingsha District isn’t the exception—since I arrived back in July. But several weeks ago, during a group gathering, I enjoyed a brief festive atmosphere with colleagues and friends from my new job. It felt like one of those moments in which I wanted to sing, “These are the days my friends…” The music was lacking, but what we missed out on music, it was all made up for in brilliant conversation. Being the ‘new guy or new person’ gives you a certain freedom to explore and I was here to learn more about the foodie culture in this two-millennial city. That Tuesday night would be memorable, as the plates came with their noisiness, people gathered in talk, and the glasses chimed to a “Gambei (Salut)!” This was the five-star hotel recognized as “The Whiersly…” and our place for dinner was at the “Oval Restaurant”.

With these kinds of work events, one never knows how great or boring they’ll become. To be honest, the evening later turned into something of a surprise and it was delightful. Those of us who came together were a ‘motley crew’ of sorts from all over the world. The differences made it special, fun, and uniquely sexy. There was no doubt, this would be a night to remember.

As this motley group of characters gathered from all over the world, the crowds came into this exclusive eatery. The restaurant had a mixture of Western, seafood, meats and bakery cultures united with a quality finesse. This dinner started with a fine buffet style, which was priced around 200 RMB (per person). Those who came together were a total of 16 teachers, leaders, administrators, journalist, and business professionals from the education field: some spoke respectively with their Chinese-Mandarin accents; while others from the United States, Canada and United Kingdom brought with them their speaking ways—depending on the background and which part of the world they were from.

The food indeed had this gorgeous concept; because it was supposed to mark the beginning of everything, and a new semester for the school I was joining and new restaurant I was savoring. The evening was delightful, and one had to notice these attractive beverages the establishment had or offered. It was my desire to go for the attractive dark stouts (because I am after all a Guinness lover, but no Guinness here, sadly), but for others, it was the juices from the god Bacca. The wines came in lovely Shiraz, Merlots, Chardonnays and white to go with a variety of sushi which was mixed in gorgeous soy and wasabi sauces.

The seafood looked marvelous but wasn’t the only main course for the night. The meats were another, which in this case were nicely cooked, and for that evening it was lamb (it had its sweet and tender elements). Now, not everybody felt the same about the meat. Those who later got the inner slices of this lambchop, tasted a rather tough cuisine (almost leathery). The tragedy in all this was when the heating lamp possibly cooked the meat all the way through. Rather sinful to say the least, because any type of meat like this ought to be cooked in its natural-fatty juices. This killed the rest of the flavor for those colleagues who came after. In terms of context, it can be taken as something cultural for those who are Chinese; for people in China, meats are cooked without the redness and mostly all the way through. For Westerners the experience is quite different, a good portion of meats are cooked with a little red on them (rear and medium rear). This is the case for lambs and steaks.

For those who have childish tastes, like myself, I went first for the fried portions: selecting chicken nuggets, fried shrimp, hotdogs, and tater-tots (fried potatoes). Once I collected the food and sauces, I returned to the table and had a wonderful time.

The evening was good for enough for me, since I had an awesome chocolate-lava cake by the end. Going down superbly and I was even tempted for a second slice.

How would I evaluate the evening?

My evaluation was three stars out of five. Some of the Western food concepts were adapted to the local flavors and cultural elements for this city and province—as with the case in cooking meats (which were sometimes cooked all the way). Another ‘sin or sins’ which hurt the service was how the beverages were displayed: red wines being chilled, and beers were served hot! For the rest and in my opinion, the service was good. Waiters were attentive, polite and for that evening I never went without. My thoughts, the restaurant does have potential with some minor changes on the food service when it comes to meats and drinks, etc.

I was impressed with the service, and for this simple reason, I decided to write a story on the “Oval…”.

I would like to thank Lisa for being cooperative with the pictures, attentive, generous and for her patience with my daughter Mia, who was allowed to run around wildly. Mia thought for a moment that the restaurant belonged to her (ha, ha) and almost ‘conquered’ the restaurant by herself. This lovely-young lady was able to calm Mia down from her terrible twos with a set of Legos.

Another young lady who was extremely helpful was Zhang Qian. She mentioned to me, that the “Whiersly Hotel” had been part of that area for seven years. Presently, it is run by Chinese administration and a supervisor who owns the hotel. This person studied abroad and brought the ideas he learnt back to China to build on something as beautiful, special, and as majestic as this. She stated that the restaurant’s hours of operation are from 7 to 10 a.m., lunch begins at 11:30 and continues until 2:00 p.m. Then, the “Oval…” opens for dinner at 5:30 and closes its doors for service by 9 p.m.

How to arrive for a meal at the “Oval Restaurant”?

The location is on No. 88 Panpan Road, CETZ, Xingsha District (Changsha, Hunan). 公司位于兴沙区经济技术开发区盘盘路88号。

Does it get any better than this? Everything can be improved upon, but why not start with a nice gastronomic experience at the “Oval…”; then you can share your own opinions, impressions, and thoughts about the place. With that said, care to join?