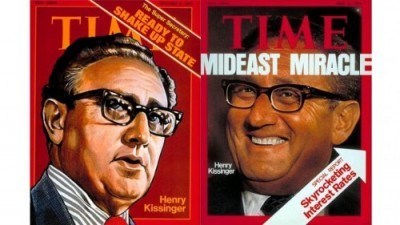 Kissinger, the greatest diplomat who has ever lived

After Carl von Clausewitz there wasn’t any of the greatest men, tacticians or those of strategy to take his place.  I mean, there were great military minds, but nothing compared to Clausewitz whom lived between the late 18th and early 19th Centuries. But in the 20th Century a man came along, a German immigrant of Jewish parents. Escaping persecution, he came to the United States and he honed himself into one the best political minds of an era.  His name is Henry Kissinger.

Kissinger the great, Kissinger the awesome, Kissinger the one whom could diplomatically insult you and you would still stand-up and emotionally applaud him. That is the Kissinger I comprehend from my University days.  Having read through his speeches, books, messages and quotes.  The one who took me into a historical ride of growth, learning and the desire to absorb more as an enthralled student.  The book that made me want to learn more about Kissinger was ‘Diplomacy’, and sadly it would take me decades to apply his principles.  Hardheaded as I was back in the days of my youth.  I am still a long admirer of his.

As a man with a perfect command of English, but with a soft-husky voice which comes with the accent of his native German.  One often I tried to imitate out of admiration, ha, ha!

A man needed by the Nixon Administration during the tumultuous years of the late 1960s and early 1970s.  Serving as Secretary of State for his unique set of diplomatic skills, tactics, politics and deep understanding of world affairs.  Kissinger wasn’t a man often liked by his bosses, especially President Richard Nixon or those who envied him.  Mister Kissinger was one of the men responsible in brokering the ceasefire with North Vietnam.  A politician with a unique set of abilities to be admired.  A genius in his own right.

Later, the ceasefire would fall apart when North Vietnam invaded the South.  But Kissinger’s popularity did not wane.  It grew to be considered one of the sexiest diplomats in the world, man of power, a scholar to grace the halls of Washington, D.C. It wasn’t really for Kissinger’s looks, but his mind which gave people an emotional orgasm.  Therefore, by the early 1970s, he dated the sexiest women known at that time: from actresses to supermodels, etc.

After all, he once said, “Power is the ultimate aphrodisiac!”

I’m a fan.  This is dedicated to Henry Kissinger, one of the greatest diplomats to have ever lived!  And many more years, Dr. Kissinger.