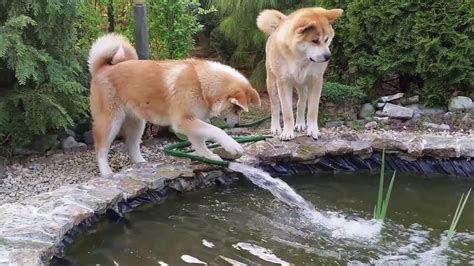 Let’s start with the facts of life, I’m a cat lover first and foremost than a dog lover! But other than their smarts and sniffing abilities, I just love dogs because they are cute.

Unique in the chain of events in human history, canines actually grew-up with us!

One-hundred thousand years ago, dogs became ‘man’s best friend’ through domestication.  This took several generations, but it was then that dogs adapted to our needs.

Dogs actually came from the canine-wolf family and here in the wild of nature these animals bonded with man and woman.

Check sweet-celluloid images in the movie, “Dances with Wolves”.  When Kevin Costner who portrayed a Civil War Veteran bonds and plays with the wolf, ‘Two-Socks’.

In the harsh climates of the world, the dog was and still is our companion.  Through hunting expeditions, long walks, runs and even sledding (Alaska and Canada); this animal has served us perfectly for our needs.

Suitable for any environment and according to their species, the canine family can serve as excellent warriors and protectors of their trainers in battle!

Take for example, in the jungles of Vietnam, the deserts of Iraq or the mountainous regions of Afghanistan.  Dogs from Labradors to German Shepherds have served in the military with their trainers (the famous dog-men/women).  How many countless times we had dogs to thank, since without them we would have stepped onto landmines or I.E.D.s (Improvised Explosive Devices).  Dogs in battle were our heroes.  These marvelous beast can sniff out explosives and save the lives of men, as well as, women.

Police train dogs in China to catch perpetrators and to sniff out drugs at airports and ports of entry.

The Shiba Inu was nearly extinct after World War II.  Now it’s made a comeback for all to enjoy this lovely canine; especially now in Mainland China.

Presently in China, through T.V. reality shows like “The Village” (Seasons 1 & 2) has shown a canine type from Japan (the Red Shiba Inu); which has become very popular pet to adopt here in the Mainland.

Yes, dogs have saved lives through history.  These canines aren’t only man’s best friend, but look at the Saint Bernard.  These marvelous animals rescue people in Switzerland from avalanches every year.

The dog as a pet is a constant companion against the lonely thoughts of depression. Therefore, a dog can certainly chase those ‘blues’ away!

There’s a bonding experience with these animals, which reinforces our love and confidence for them; whether they are big as dobermans or small as lovely poodles.

Dogs can help our state of mind and often these bring great joys into our lives.  That’s why when people are mentally ill, depressed or suicidal–it’s suggested by psychologist that they interact with dogs.

The bonding between an owner and dog is so powerful, that the canine like its master can exchange several behaviors.  These interactions are known to produce human quality-like behaviors in pets that cutely try to talk as they bark or human beings will adapt and sense the same feelings as the animal.

Sometimes these connections are genuinely magical, because in the end, we are all mammals.

Our pets feel the same joys or anguishes that we feel.

Now people adopt dogs to love and we should take care of them always, and never abandon them as these pets get old.  They give us so much, even more than we give them!