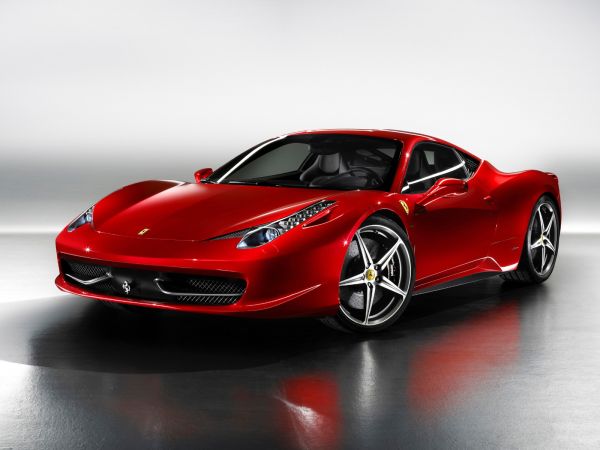 Ferrari, just too sexy for the road

What began in 1933 as an innovation and with the former growth of the Italian Empire.  It became after, thanks to Enzo, a symbol of: speed, beauty, romance for the road and repetitious horsepower.

Ferrari itself started in unity with Alfa Romeo and as it formed, it became “Scuderia Ferrari”.  The concept or more like the ‘Scuderia’ meaning ‘stability’, stable and only for the road.  From its Italian origins, this noun became a symbol of what Ferrari is today.  It is sexy and burning hot for the road!

In deep engine-burning red, its color glows!  The glossiness just shows the love that went into it.

One of the most gorgeous and elegant cars in the market.  Stylish, indeed.  And in truth, should Ferrari be for the road?

In this humble-writer’s opinion, Ferrari should only be for the racing world.  For the fans to admire its greatness at the Formula One.  Since and only since, it’s a masterpiece.  Let the people not only pay to buy and ride.  It ought to be a special admission’s ticket just to see ‘her’!  It ought first purr, then roar on the motorways of Europe with a vengeance.  Because here it was born, conceived through time to become the greatest car and not only that, but the greatest work of art in auto engineering in the world.  Because of its speeds, I think its a waste for the normal Expressways of North America or the Carriages along Europe.

My father (R.I.P.), as a lover of cars and in its mechanical-engineering structure, thought of the Ferrari as just superb.  Something unbeatable and unfathomable in the fantasy of all men!

Take this here auto aficionado, one who dreams and lustfully chases after the Ferrari. In his sleeping slumber, he runs after the car to bounce into it like a ‘Magnum P.I.’ He then feels the soft-leather seats in khaki, the sweet controls of the steering wheel.  He turns on the car and falls back with laughter, thinking he’s Mario Andretti.  He puts on his helmet and latches himself into the seat!  That’s when he revs up the car and takes off at galloping speeds, like the symbolic horse of the Company!  He reaches in the 488 Spider speeds of 200 km or more!

That’s when he is sadly awoken to hear the sound of the trumpet and the alarm.  It’s time to wake-up and go to work! But one day he knows, just one day, he’ll ride in his fantasy car!  One for the books and another for the speedways of Europe…

Dedicated to my student: David Huang