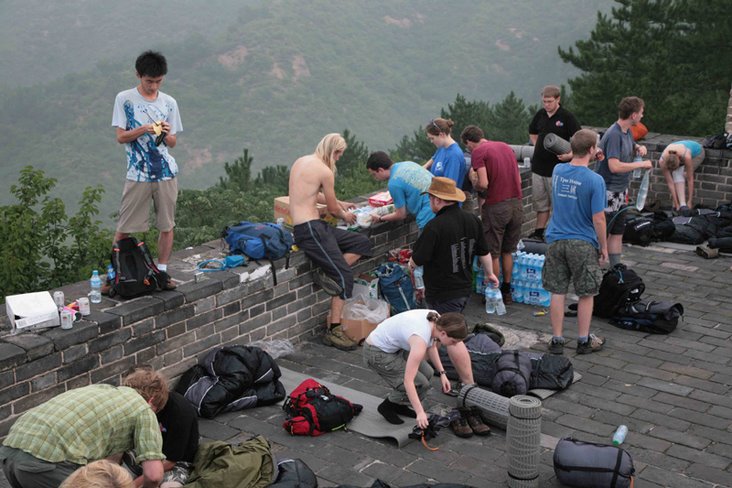 My so called kind, ain’t cutting it!

With a blast of the term “Laowai!”, I saw myself placed ironically into a category that often I can’t fully comprehend or don’t like!

We are better than that, but one thing is faltering, when people consecutively stay with their own kind and don’t mingle with other backgrounds.  You know, living in the ‘cultural bubble’ and breaking out.

I have heard this from both sides, Chinese and foreign, “Let me stay with my own kind.  They’ll understand me!”

People either adapt to a different culture or they fail.  That’s the contemporary backdrop of what’s happening.

This is the case with me and some of my fellow foreign ‘brothers and sisters’.

When I originally came to China, it was either to ‘swim or sink’.  I chose to rapidly swim and adapt to my new adoptive country.  Whether I agreed with it or not, I had a plan/goal and nobody was going to deter me from doing it!  To become part, I decided to learn basic Chinese, eat Chinese and know/travel around this ancient culture.

What I’ve been noticing from some previous encounters is how some foreigners will adapt, while others simply resist the experience.  Some will go to extremes of not even eating Chinese because it’s ‘unhealthy’.  Unhealthy, then eating at a KFC or McDonald’s is ‘healthy’ (excuse the irony)!

With the ‘new breed’ of foreigners coming to China, some young foreigners will make the effort and become part of the landscape.  I sure hope so, they are supposed to be younger and hopefully with a broader mind than me.  There are a those who build experience and career; while others reject the culture entirely!

This is a topic many times threaded upon over and over: the bitter foreigner isolating him or herself.  Therefore, developing a daily relationship at the local pub and not with the local culture.

But what has surprised me more, in certain cities and it’s scary during certain moments: is the young , racist, ageist and arrogant idiot dropping into the environment.  Yes, you know them, those who walk too tall and are untouchables to the likes of Chinese society or other foreigners around them.

These ladies and gents, the ones you try to say “Hello!” and they arrogantly ignore you or give you these stares like to tell you, “Drop dead!” The same ones, when you try to be polite, they make comments.  Calling you an “Idiot!” and snickering behind your back!

That’s no way to enjoy a culture or live!  Gee wiz, for that, I can just pack my bags and do that back home, in my own country!

Thinking about these foreigners who call us names.  Hey, I’m not the one being an idiot or behaving with a ‘God’ like complex!  It’s called, common courtesy with touch of humanity; to say hello to each other in daily interaction.

For this simple reason, I seldom go to bars or hand around these types of foreigners. Who by the way, angered me in the past!  Because once they’re drunk, they get disorderly and want to start a brawl with everybody over: stupidity, some macho rubbish or fight over women.

The only way I can hang out with my compatriots or fellow foreigners is in a cultural setting: over a coffee, tour or to visit a museum.  Otherwise, count me out!