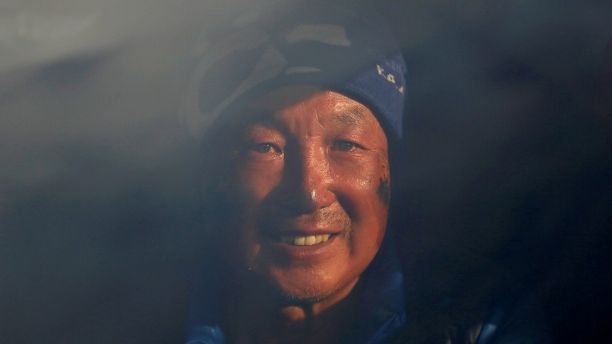 If you want to give up on life, please read this article carefully

One might say, what’s so special about conquering Everest? A lot of people are going there nowadays and even doing the ‘tour’ to 8,800 meters on a good day and with great weather. What’s the big deal?

Xia’s story is a unique one of perseverance, against all odds and never giving! His persistence and determination drove him to try and escalate the ‘infamous-mountain of death’ five different times. The first four times he failed. On his fourth trip in 2016 he was only 100 meters from Everest’s summit and had to turn back due to bad weather.

Battling throughout the years: risk of life, avalanches and pay-walls. He returned over and over to what seemed impossible for him.

After all, he has been visiting the mountain since 1975 without any success.

But you might ask yourself, what’s so impressive about this story?

First of all, Mister Xia is an elderly man. He is 69-years old. This feat in endurance I could have ‘possibly’ handled when I was 25, but not presently with my 49 years. This tough man can only be described as ‘superhuman’!

The second thing which makes Mister Xia unique is that he’s a double amputee!

He lost his feet during his first climb of the mountain, while trying to help a sick climber by giving him his sleeping bag. In this event, he lost his extremities due to frostbite.

Later, he had to go through another double amputation in 1996, when battling lymphoma. His legs had to be amputated above the knees.

When he failed the climb in 2016 because of bad weather, he thought his dream had vanished forever…

You see, after 2016 there was a ban placed on Everest for blind people and amputees. Because of the extreme weather and deaths that occurred up the mountain.

The ban was finally overturned in this past March, and he was able to prepare and exercise for this extreme climb!

This mountains has plenty of risk of death. From frostbite complications, choking to death due to lack of O2 (Oxygen), freezing to death or falling.

Once you’re on this mountain, you’re playing with your life.

And it’s not like a rescue party is anywhere near. The weather is unpredictable on the mountain! Therefore, no helicopters can go up or reach you in time. The height and wind velocity make it near impossible for a chopper to climb those altitudes, let alone, land! To rescue a climber can take hours to days on foot, and there’s no guarantee. Sometimes climbers are left, and sadly so, to die because there’s no way to get to them!

Congratulations to this amputee hero!