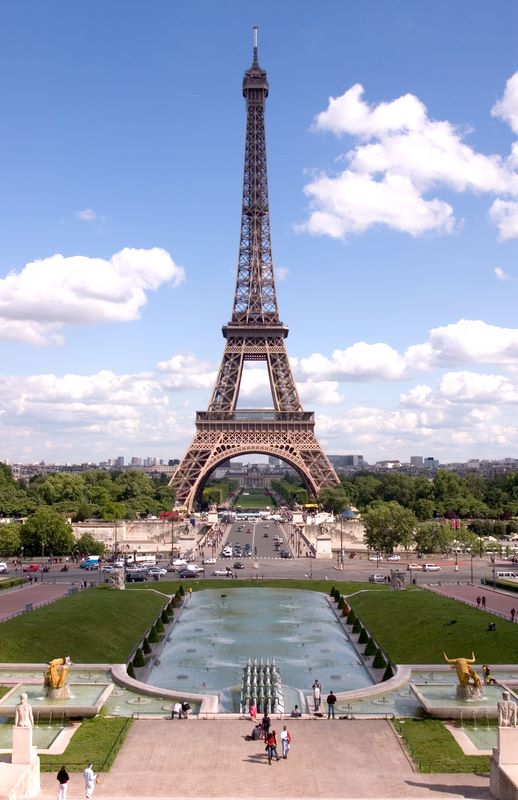 Places to go before you die and what to see

There are five different destinations where people must go before they die.  Let’s say, one ought to place it on a ‘bucket list’, save some money and just go for it!

These countries are literally drowning with tourist and what I’ve learned, it’s better to travel outside the seasonal breaks.  Go for holidays during autumn and winter.  Those are the best times to avoid any of the following countries’ national holidays.

There are great countries and cities, and these are where most people go year after year, and they do travel in the millions.  It’s a fact…  Therefore, be prepared to bump some elbows if you’re going or planing to go in season, when everybody’s there.

With more Chinese like westerners travelling across the globe, these are nations to really consider:

France is the first and it receives on a yearly basis almost 83 million visitors.  Most of which will go to visit Paris and its gorgeous Eiffel Tower, including places like the Louvre.  Considered the City of Lights and romantic; and with all its rudeness in tow, it still attracts those that want to see this gorgeous city.  Other visitors will head either towards Bordeaux in the southwest and its wine country.  The rest will end up in the romantic lavender fields of Provence.

The second is the United States, and I couldn’t be prouder.  Since one of the favorite cities to visit is my hometown of New York City (by the way, second rudest after Paris, France).  You know, monuments like the Brooklyn Bridge, Statue of Liberty and the Empire State Building are easy to access and see  My city is just a beautiful spectacle of life.  Around 76 million flock across the United States every summer and Christmas holidays to see places like: the Golden Gate Bridge in San Francisco or it might be our nation’s capital, D.C.  The few will go into Yellowstone National Park to see its brimming nature with buffalo, wolves, deer and for bird watchers as far as the eye can see.  There are those who visit the geysers like ‘Old Faithful’ to wait every 30 to 90 minutes for it to manifest with its shooting of smoldering water into the sky.

Spain is next on the list, third and behind the U.S. with 76 millions visitors.  Spain packs a punch with great food, dancing, handsome people and a two week visit that’s never enough.  The Peninsula or as it is known, Iberia–has Madrid.  Travelers visit its national museums like: El Prado and Reina Sofia.  If you’re like me and you aren’t too much into Madrid, my favorite was always Barcelona; the city has the Cathedral La Sagrada Familia, great architecture developed by Gaudi and for one of the best chocolates in the world is Casa Batlo.  A city which will attract tourist is Toledo, famous for its blades/‘Toledo steel’.  Andalusia is more to the south and it’s superbly different, not only for the places like the Alhambra Mosque in Granada; but the city of Seville is painted in yellow-pastel colors, in cute-old brownstone, with a tower to view the entire area, known as La Giralda.  The choices are many, but there are those who also go to Santiago de Compostela in Galicia for its pilgrimage and to visit the shrine of St. James.

Five years ago China was at the top of the list.  And I’d like to see ‘her’ on top again.

But currently it’s fourth and still, the Ancient Middle Kingdom still packs in the

Great Wall on the Badaling Side, Tinnammen Square and its Forbidden City.  Many

choose to visit the western parts like: Xi’an for having been an ancient historical

capital or Lhasa, Tibet for its enveloping spirituality.  There are those whom prefer to

head further south to Hong Kong, the Island is still sexy and great for fashion trends.

visiting HK, there’s always up Kennedy Road for its impressive views of Victoria

Last but not least, it’s Italy with 52 million visitors a year.  Interesting enough, many prefer to first visit the floating city of Venice or Florence, Tuscany for its romanticism and historical treats.  Twenty-five percent of tourist actually do prefer to land at Fumioco (Leonardo Da Vinci International Airport).  From there, they’ll do their own ‘Roman Holiday’ to especially see the Coliseum.

There you have five great destinations and if you plan it right…  You can save every five years to occupy your summer or winter holidays visiting them for the next 20 years.

These places I promise won’t let you down!