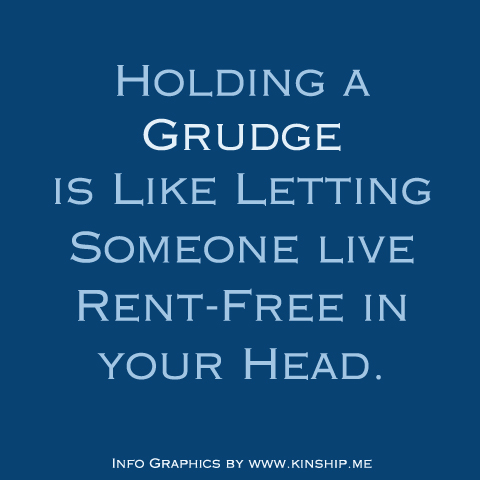 A country great at holding grudges

China has a plenty of kindness and tolerance to go around, but one thing is clear when living in the ancient Middle Kingdom… People won’t forgive that easily and they’ll hold grudges till the end of their lives; whether it’s for the right or wrong reasons.

It doesn’t matter why, historical or otherwise. This country is experienced at holding grudges for the longest.

And with that said, can they ever evolve into the greatness they deserve?

China is already great, but what affects this nation and angers most who see the world’s entire view, Chinese are experts at holding resentment against anything and anybody too easily. Whether it’s a person or another country.

For one reason, it’s the ever eternal problems that Chinese can never ‘lose face’. Since its foundations, China has experienced bitter wars, famine and divisions amongst its entire region.

This has caused a phenomena of embarrassment for most Chinese and to literally ‘save face’, it means they cannot or will not forgive/forget that easily.

The problems continued, as Western countries began to incur into China and ideas were stolen from gunpowder to silk.

It spiked throughout two historical periods: the Century of Humiliation (1849 – 1949) and the Second Sino-Japanese War.

The first, it was the time when they were controlled, and conquered by 13 superpowers and Chinese like their lands were constantly exploited.

OMG, I have friends, acquaintances, colleagues, bosses and students which constantly remind me of these events. Yes, never forget, but you can’t hold a grudge forever! Especially when it hasn’t affected your generation.

That’s one of the biggest reasons Chinese–although wonderful people are so hard on themselves and a good portion are an unhappy society. Because they live constantly with unrealistic expectations and in the past.
I also don’t understand how a nation of greatness can be so petty not only about the past, but it’s present and future.

There’s an old Anglo-American saying, “If you’re always living in the past, you’ll be throwing away the future!”

I mean, in reality, the comment is much more vulgar than this and it holds to a unique truth. A good portion of Chinese cannot forgive and will not.

Not like some in Western nations who say, “I forgive you!” Actually this single act is to set one at peace and it’s liberating.

This is an area of the world where there’s a high percentage of the population who believe in Buddha and cannot or won’t liberate themselves from the enslavement of the bitter past. Now you see where the dichotomies strongly remain. Buddha is about letting go and some will hold to their anger about life!

A nation of deep contradictions. Chinese are an extremely giving people and every time they can remember something negative, they’ll exploit it with fears and tears.

I understand that at one moment or another, people have to learn to let go.

I was discussing this particular fact with a friend who has problems and can’t forgive what the Japanese did in 1937. As a veteran, I completely understand this feeling. And I was telling him about something factual, “But, aren’t Chinese visiting more than ever Japan? People go there to live, study and travel. The numbers are like two million people every year and growing!”

He was silent for a moment, thoughtful and couldn’t accept this simple truth. Times and people are changing in attitudes.

I’m not saying to forget the horrors of history. If a people choose to forget, then they’ll end up repeating the same mistakes.

But there’s a middle ground one must learn to reach and comprise.

As I’ve lived in China, many times over and over, I’ve noticed everything is taken very personal and to an extreme. There’s a point one must say, “It’s not against me, it’s just life.” I had to learn this concept in a hard way.

I had once a problematic student whose parents wanted to send him abroad. I warned the parents that the kid wasn’t ready to go overseas or accept another people’s culture. He was even less ready to deal with foreigners. Anyway alas, this spoiled child was the product of a home of people who came into ‘new money’ and couldn’t accept the realities of the world. I warned the parents that I’d quit if he continued his misbehavior. In any case, I finally did and the parents went into a tirade of insults. But their anger came from the fact that they had lost face and didn’t want to accept the truth about their child. They had a spoiled-little brat!

Now, I’m not saying to change culturally. No, what I’m saying is to grow from the mistakes.

It actually weighs anybody or any nation down to hold onto resentments. It makes for an unhappy society, even if they’re progressing. It’s a country of power, but cannot reach its zenith of happiness if they don’t learn to let go!

To hate something, somebody or a country will often age a society faster. It makes for pettiness and ignorance. It’ll make all miserable, even if things are getting better and better. That’s why people must learn to change from within. From the way history is taught to how a person learns to let go and forgive!

It’s not easy, but practice does make perfect. That’s why I believe in the concept to ‘live and let live’. Without it, we’re lost and if we hate others, we’ll lose ourselves and our human dignity.