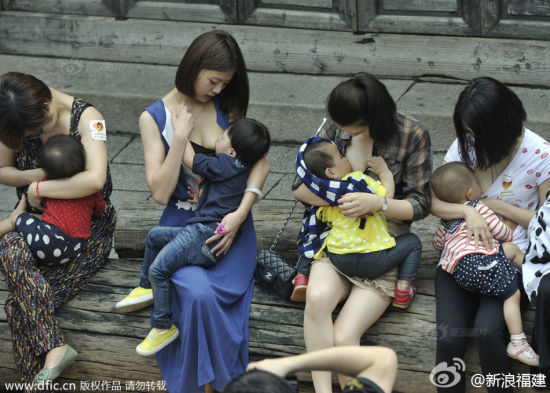 A young mother can be considered anywhere between 18 to 39 years of age.  This fact escapes most people’s mind in society.  A woman after she’s 18 has the choice to have a child with a man, whether others like it or not!  From being married to single-motherhood, because in reality times are changing.

If you take places like Shanghai and all around China, single-motherhood has more than doubled in the last 20 years.

Compared to Hong Kong, where it’s rather the liberal or common trend to see single or divorced mothers.  It has become on the Islands and Territories a part of everyday-normal life.

But for ‘conservative’ China, things are changing rather drastically in the last 12 years.

Coming to Sichuan Province, I immediately noticed the female beauty; however, in the process of doing so, I became aware of a unique phenomena…

I’ve noticed plenty of young mothers.  These young ladies are usually younger, around 21 years of age or even [scarily so], not much older than 18.

That’s the average for a female getting pregnant in this part of Western China.

In the past, others took to the habit between 17 and 18 to marry an older man to be maintained.

However, being in a spring-winter relationship myself for the last eight years, we have waited to have to children till I finish my career and my spouse develops hers. Therefore, it’s our desire to have a baby when one of us can stay at home.

There’s no pressure of traditionalism by our respective families thank goodness.

And please, I’m all for life, but why bring a baby into this world if a person cannot properly maintain it.  Just to follow traditions and make it suffer!

But one thing needs to be perfectly clear.  My wife and I are well educated professionals with a Bachelor’s degree and higher!

On the other hand, some of these young women aren’t well educated or ready to face the world.  Without any experience in tow, they’re facing an uphill battle.

Unless they marry into a rich family, most of them will marry into poverty.

There’s nothing wrong with marrying into poverty if a person is happy.  The problem that most will be sentenced to a life of struggle and bad employment opportunities. Enslaved to a life of lower-middle class or joining the ranks of the poor, what kind of chances these women have?

Without any programs for advanced education, they’re basically stuck!

Therefore, they’ll go through numerous jobs without progress, unless they start their own businesses and these women become successful.

There’s another problem rapidly evolving across China, divorces.  Out of 10 marriages, five will end up in divorce in less than five years.

Here in Sichuan, the average divorce age is between 25 to 35 years of age.

Where does that leave most single mothers?

Unless they’re rich; however, this isn’t the case.  Ninety-percent of these divorced women will live poorly and in destitution.

They’ll become ‘leftover women’.  A good majority will be rejected for even being divorced.  Few chances at a stable relationship, unless society progresses to accept these women.  Chances of getting married again are slimmer than slim!

Another big one here, and sadly it’s a fact of life, in China there’s a bigger population of men versus women.  In all honesty, it becomes a vicious cycle.

The educational system has to learn to include all in society that’s clearly broken for social-minorities like: ethnic minorities, the disable and most of all for women.  It cannot become all for the males and nothing for the females.