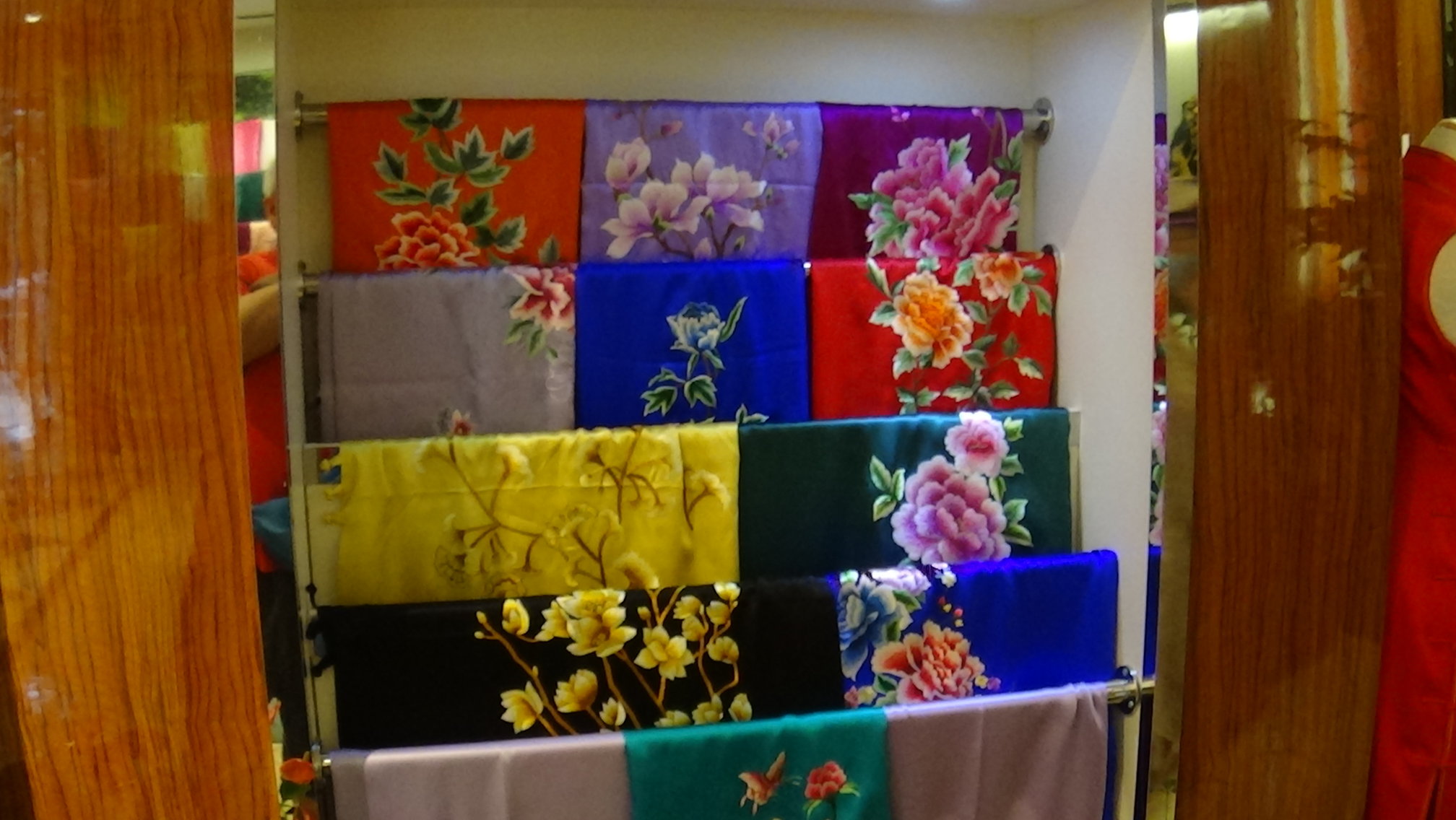 Colors, and their symbolism for Chinese

Once, I was asked, “What’s your favorite color?”

Between pink and blue, I had to say–blue was my favorite!

However, colors don’t hold a real symbolism for me, unless it’s to mix and match clothes or to remember the colors of a flag.

Back home, for me, it was the colors used in respective neighborhoods.  Sometimes in line with ethnicity, gang affiliations, police or military.  And that was back in the states.

Compared to Chinese, colors like white, red and yellow hold a deeper meaning.  It’s a feeling almost spiritual.  And to be perfectly honest, I wouldn’t have given it a second thought till now!

Surprisingly, colors like white hold in China two extremes.  Either it’s special or tragic.  One of the greatest examples, when you give a gift, you never give something in white: like a gift-card.  This color can mean death and it’s often associated with the white flowers in a funeral.  And after all, people in China do dress in white for funerals.  Therefore, never give white flowers to a person, it’s considered offensive.

But also, white can mean the color of purity or virginity in its natural form.

Red for most Chinese it’s the color of strength or desire.  In China it’s simply gorgeous when a woman wears a red-colored cheongsam.  Yeah, what can I say?  I like red worn on others.  It’s the identity of Chinese in everything they do: they love to wear it, decorate for Spring Festival and follow in their symbolism.  It’s the color of beauty, and that’s why money envelops, lanterns and traditional dresses are in red.

The former and latter hold to symbols of prosperity according to ancient traditions and they’re still viewed that way in contemporary times.

But, what about yellow?  Yellow for Chinese can symbolize the dragon and the bright-communal people of China.  Further, it can represent Chinese ethnicity.  I honestly like this color, and believe yellow and the dragon will be the next tattoo on my right arm!

And yellow holds to a deeper truth.  It also means the coming of autumn.  It’s the color of wheat and corn, and therefore, continues to symbolize since ancient times a good harvest.

These three colors could easily symbolize Culture Club’s “Karma Chameleon”.  For the exception, instead of red, gold and green–it’s red, yellow and white.

Yellow continues to hold a fascination, because in the past it was meant to be a regal color worn by the Emperors.

I focused on three colors of major importance in China and for Chinese.  However, before I end, I must mention another color very important in this country’s culture, purple.

Purple is another special color, meaning longevity of a dynasty.  It’s also for divinity and immortality.  For me, this color is cool and sweet!  Whether it’s worn stylishly in clothing, to represent a family or business.

Now, I presented to all of you four colors.

In the end, you choose what you like and be careful with white.

Other than that, show your pride through colors like red, yellow and purple.

If you’re Chinese, no explanation required; but if you’re a foreigner, you can explain your deeper attachment to them.