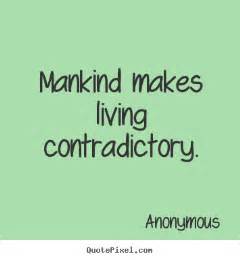 The contradictions of speaking conservatively and being overtly sexual

There’s a big difference in what we say and how we behave.

For example, I’m a liberal and not conservative at all.  Therefore, I believe in things like a woman’s right to choose, pacifism and conservation of our planet, etc.  These are the things which make me an independent-minded thinker.

Holding to that belief, when a person speaks out in a hypocritical way, I call it for what it is, “A spade ought to be called a spade and an ace an ace!”

A couple of years ago on an internet blog site we were discussing China’s growing problem with pornography.  And how it was growing with the advent of internet behind Japan and South America.

I defended and said that China and especially Chinese women are a virtuous society; however, the ‘growing problem stemmed from the educational system.  Education didn’t tackle properly the problems on how people dressed, spoke, behaved or what people did or didn’t understand about their bodies.’

Therefore, many of the things which haven’t been taught are being substituted by the internet and pornographic images.  And the web can be a good thing, but it can also destroy your life with negative influences when it isn’t properly filtered.

Here’s what I’ve been seeing in China, you have young ladies which call themselves ‘conservative/traditional’ but dressed in such a provocative way that one wonders if it’s out of ignorance or it’s to sexually entice men around them!

Therefore, I began doing an experiment, to see what was true or not!  I started asking females about their dress habits and taking notes.  What I concluded, at times it was the former and not the latter.  Most of these young ladies didn’t know any better and hey, I believe that a woman has the right to dress however she wants.  But with this in mind, a woman must also accept the tongue lashings, stares or leers from a people still not accustomed to such things.

What’s scarring me is how things are rapidly changing!

When I access the internet to research or read an article, as I pass the sites in China, most of them are already too provocative.  These display a young woman doing an overtly sexual dance like on a pole or in a provocative manner–while touching her breast or opening her legs quickly and closing them to show her gracious ‘treasure’!

No my people, it’s not sexy at all, but tasteless and vulgar!  Even with my liberal sensibilities, I just think, wow, ‘this is totally trashy!’

One thing people of any culture have to comprehend. ‘If you dress like a duck, walk like a duck and act like a duck, you’re a duck!’ You just can’t dress one way and then, contradict yourself by saying you’re another.

Start with how you want to be perceived, educate yourself, ask questions, don’t be ignorant and stay away from the negative influences of the net!