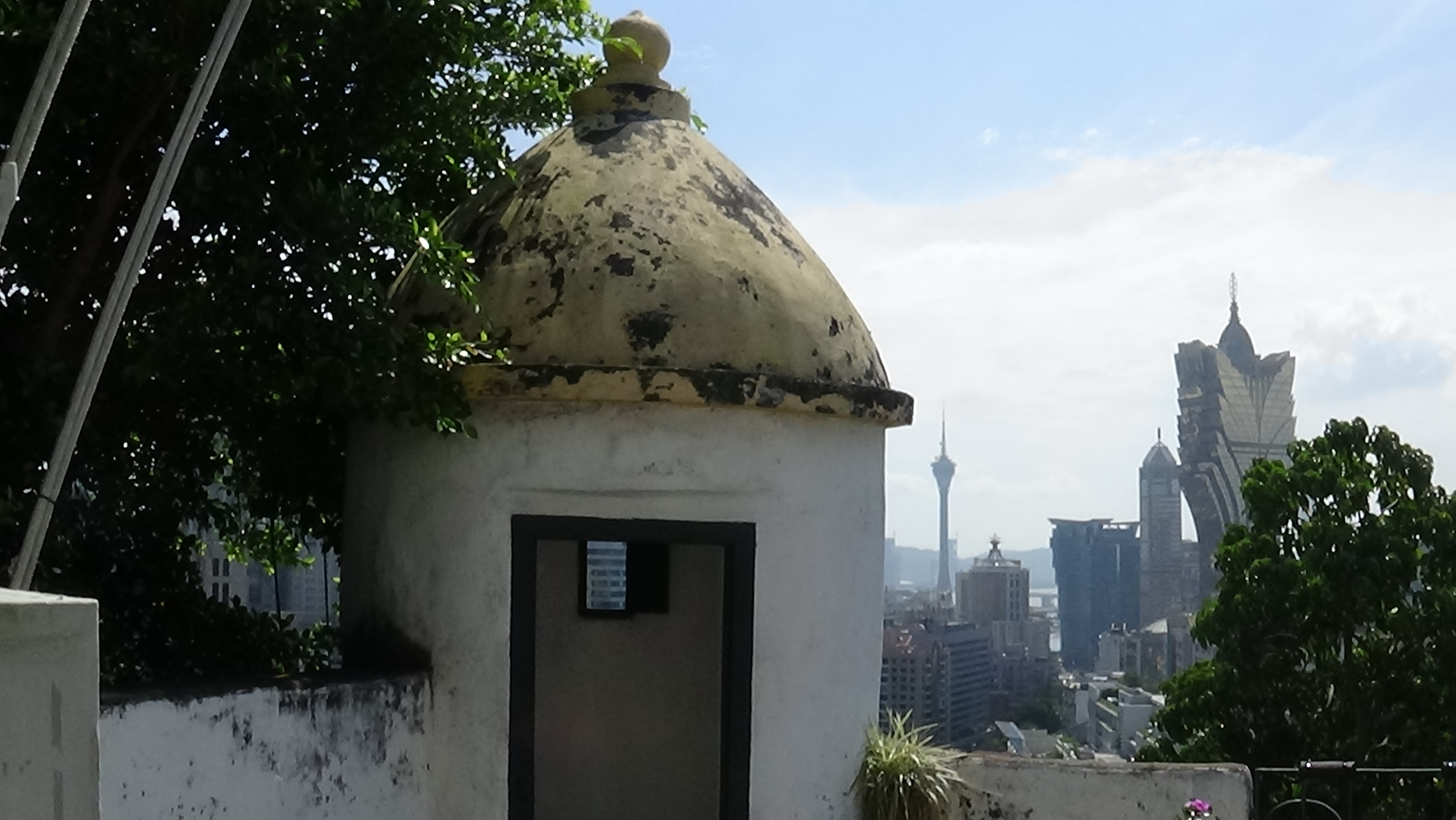 What made me fall in love with Macao?  If you’re a man, the answer may be, women!  Yes, I was watching a mainland Chinese t.v. show called, “Up Idol”; in which nine to seven female actresses, singers, models and musicians are placed together to strut their fashions while competing against each other.  I rapidly fell in love with the show and felt inspired to one-day visit the Island.

However, about four months ago I had the obligation to get on a plane from mainland China to come to Macao.  I’d say ‘obligation’, since I wasn’t planning to come originally until a later date.  My original destination was Seoul, South Korea, but then changed my mind for a quick getaway to this gambling and tourist mecca.  One honestly known as a tourist trap!

When I landed, my attitude entirely changed after several days.  I found Macao and Taipa to be absolutely fabulous.  Friendly, gracious, people helping me through the bus routes to find my way around.

The food was gorgeous, a little on the salty-side but with Chinese and Portuguese elements I entirely feel in love with.

Yes, Macao can be a messy and densely populated first impression; however, it wasn’t like the rudeness of my hometown of New York City or Hong Kong, when people got in your face about it.

With historical sections within the city, it’s something magnificent; only comparable to old San Juan, Puerto Rico but six times bigger and better.  Macao is an island defined by half-a-millennium in rich history.

That was when I fell in love with this place and like an addiction to the opposite sex, I had to repeat over and over.

Other than the AMA-temple, the area is loaded with lovely Buddhist temples.  The churches sprawled beautifully all over the city.

On another note, while the Portuguese were here, they sadly allowed the place to get a little grungy [except for the churches], like old Lisbon.  But today the Island has just flourished into something comparable to greatness.

Another point to view inside the city is up-top the Guia Fortress.  To look around and see the great structures like: The Friendship Bridge, Grand Lisbon and the Macao Tower are magnificent!

The feeling I get when I’m in Macao is like going home to a friendly-warm community.

After visiting Hong Kong for nearly 30 years, I thought to myself, “Why didn’t I change to Macao before?”

Yes, it’s smaller, but greater in heart and quality of its people.

I’m not the gambling sort, history was always my thing and here I do feel transported.  Whether I’m walking through the ruins of St. Paul’s Basilica or seeing a replica of the Venetian.  Then, there’s later the “City of Dreams” for its grandiose water show!

This is the Macao I understand and have fallen in love with!  The Island has given me hope for a quick return and one I’ll be certainly coming back too!

How to get around?:

I enjoy learning about any attraction in depth; therefore, I avoid taxis.  After a while they can get rather expensive.

So, let’s begin with the bus services…  As complicated as it may sound, it isn’t!

When arriving at Macao International Airport, start with bus AP1 from the Taipa side into the City.  Once into Macao, if with enough time, take the bus into “Portas de Cerco” Terminal.  Whether it’s to investigate, explore or learn the bus system; from there the visitor can get to their hotel.

The attitude is to enjoy the moment and not be afraid of the language barriers.  Other than Cantonese, Mandarin and Portuguese; many of the young people speak English.

Therefore, have fun and safe travels!