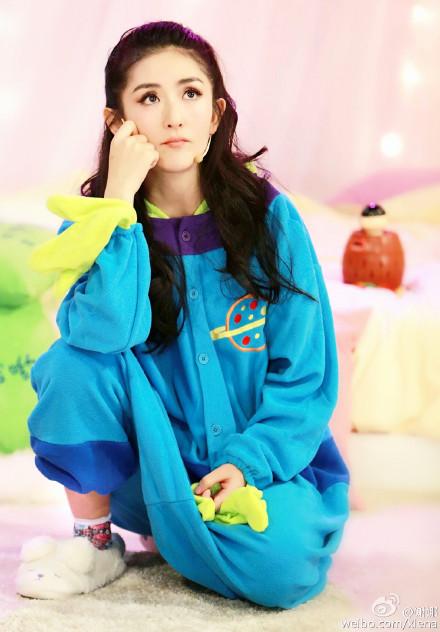 As I man I do have my particular admiration and likes for females.  After all, I’m only a man!

Ever since I arrived in China, she impressed me by her ‘down-to-earth’ or at least, it appears to be in her funny personality.  She’s not afraid of making a fool of herself.  Further, she can be funny around anybody and still hold her own sexy-feminine virtues.

But what inspired me to write this article has been a brand new show hitting the t.v. screens, “Amazing Kids”.

In this show she exposes in an often funny way, extremely gifted children.  Here her true motherly instinct come to shine.  It’s done without force, it flows naturally, effortless–without much work on her behalf.

As only Xie Na can hold a show, especially when it comes to kids.  Her love comes through for them!

Why is this?  Few hosts or hostesses can hold their own when it comes to children. By nature, kids are themselves and will steal the show!  To most of these hosts/hostesses, this could come off as an annoyance.

I honestly can’t say the same about her.  This young woman simply allows the youngsters to come out with their personalities, while she’s almost in a childlike kind-of-way being herself.  That’s why she fits perfectly into the show and not only that, but in a motherly role.

This is a time in our history when more shows are needed to thwart the often negative images which the television is constantly portraying!

Shows not only like Xie Na’s, but those like “Where are we going, Dad?” Programs which show the true bonding experience between parent and their offspring.

These Friday shows can only come through natural and effortlessly.  But truth be told, shows ought to express the positive views [in China and worldwide] which sometimes society needs more of and it is sometimes lacking!

For this reason, I’ve always admired Xie Na.  Not only for the syrupy-silly songs like, “Bo Lo Bo Lo Mi”.  But for her innocence when it comes to kids.  Something often without in plenty of t.v channels.

No, not like the above title of this article, this comedian isn’t the perfect mother.  And I know that one day if time and destiny permits, she’ll be a great mother!  But, I also hope to see her in more kids’ shows.  For this is a place she can hold her own!