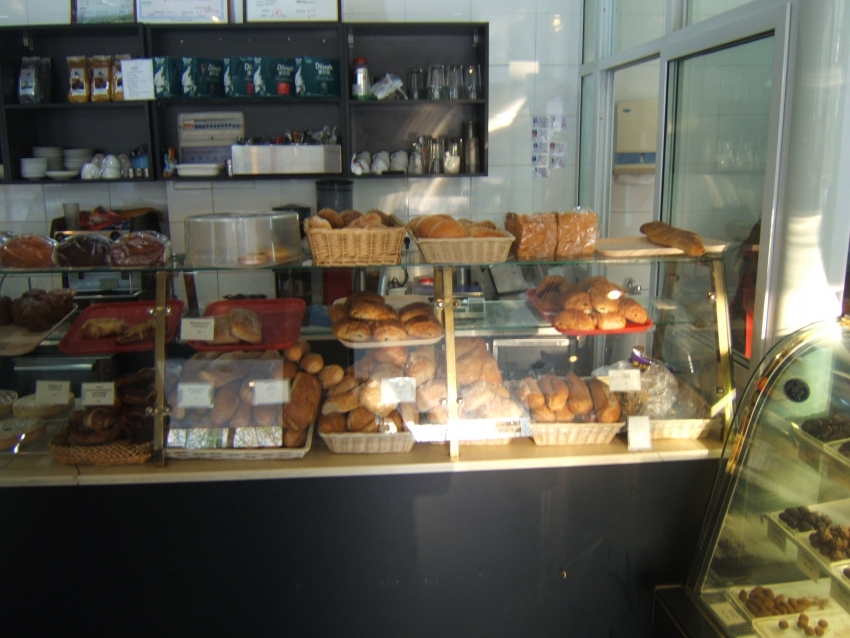 Chinese have their buns when it comes to breads, with or without stuffing.  Like in Northern China, the elements of the bun are like those of rice in the south or Muslim breads in the west.

Other countries which have influenced with their breads here in China are in the Russian-border cities.  But the most popular place to pick-up Russian styled breads are in Harbin.  This city savors both elements of Chinese and Russian cultures, and those are reflected in its breads.  Especially when enjoying these across the city during the winter, like the ‘da-lie-ba’ bread.

Breads can easily go with soups and noodle dishes at anytime of the day: breakfast, lunch and dinner.

Vietnam also has a good-bread culture, which was their inheritance from the French, with the pork ball sandwich.

While India has the ‘nan’ style or flat bread with garlic to pick their rice, meats and veggie dishes.  Since, in some parts of India a person will eat with their hands.

Another of the great cultures that loves to taste and savor their breads is located in the Middle East.  With countries like Turkey, Lebanon and Saudi Arabia enjoying their heavy-hearted breads during their meals with hummus.  For those curious about these bread elements, most cosmopolitan cities in China like: Beijing, Shanghai, Nanjing and Ningbo (Zhejiang) have middle eastern cuisine and sorted breads to try out on this culinary exploration.

The representatives of bread in China are usually the French.  A tasty baguette makes for great homemade sandwiches and for butter or marmalade on them, crunchy on the outside and tender on the inside.  Another is the croissant, soft and baked brown on the outside.

Then after, the taste buds can go for the Italians.  The bread is soft, this is called, ‘ciombatta’, it looks like the shape of slipper.  Most Italians enjoy the ‘ciombatta’ with smashed garlic, salt and olive-oil.  The bread is dipped into these latter elements in a plate and then the taste is literally divine!

The following is a pita bread, a version commonly found in Greek salads and feta cheese.

Next are the heavier breads, like those from Germany.  They’re healthy and concentrate on the pretzel (snack bread with stone salt and honestly, very flavorful) rye and black-forest breads; very firm and earthy to the taste.

In the Czech Republic the variations are sweeter, eaten and used for the holiday dishes and festivities; those which prepare the breads avoid water and focus on using more milk.

The last one of the European breads is bagel, invented by those of the Yiddish-Jewish culture; some are prepared in the shape of a doughnut with sesame seeds or not, cut in half or eaten as is and they aren’t sweet at all.

Although, technically, this is part of Europe–but it’s more along the British Isles.  The U.K. invented the English sandwich, muffin and toast.  The toast itself is in the shape of a triangle and can be tasted in the morning or late afternoon with tea.

The last one is the versions from America very popular in China.  Hamburger and hot-dog buns, sweet doughnut and finally, southern-corn bread.

With Spring Festival, I can smell my gingerbread around the corner.  You’re welcome to join me for a taste!

To find these breads, check your local supermarkets like: Metro or Carrefour.

In Nanjing (Jiangsu) we’re lucky enough to have a Belgian/German bakery called, Skyway.