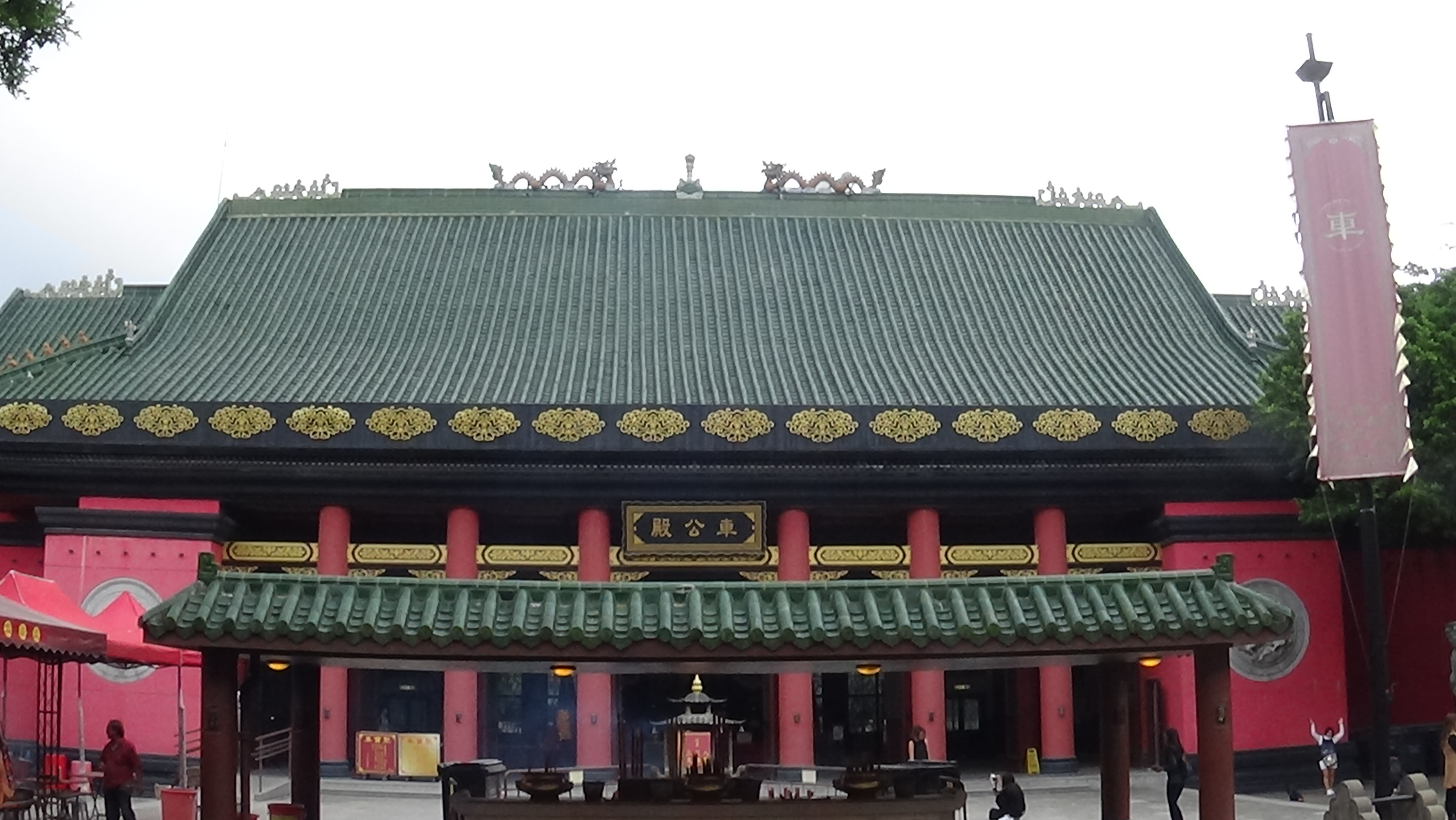 Most temples in Hong Kong deal with a historic tradition–they were inspired by the architecture of the Song dynasty and hold a deep sense of spirituality for a majority who practice Buddhism.

At one point, most were either destroyed or abandoned after the Second Sino-Japanese War.  Then later, with the religious fervour and changing times, they were reconstructed; especially during the 1990s for the older generation.

The temples go as far back as 100 years.  A good portion of them are sprawled between Hong Kong Island and Kowloon.

This is the case of Che Kung Temple.  One decorated with the ancient banners and impressively dressed in hot pink and red colours.  With eye catching dragon emblems cemented in front and throughout the Temple walls.

What caught my eye once I began to walk about 300 metres from the Tai Wai station were the trees in front of the Temple.  Those with pink and white blossom-flowers elegantly decorating at the right entrance.

With the multitude of temples across Hong Kong, the best ones reside in the area of Kowloon.  I mean, it’s furthest away from downtown, but after boarding five or six tracks of the MTR, it’s easy to find a little more peace.  It’s still close enough to the high rise buildings and condominiums, but near the hilly side of Kowloon and without the bustling Central Station.  This is better for living and quieter to meditate and pray inside a temple.

This is a great location for the Che Kung Temple and to get away from it all.  Whether the Buddhas are enlightened statues or visions of warriors.  People do come to meditate for prosperity and a vibrant/happier life.

Buddhist meditate on awareness and reflect on doing beautiful things during their lives!

Once entering the Temple, peace and calm do come to mind; but not without the overzealous-aggressive vendors who what to sell you their particular brand of incense.

Usually the meditative person gets four sticks and lights them up and bows for good fortune.  And it’s not only that, but the desire to achieve the ever elusive nirvana. Therefore, it doesn’t mean people don’t keep on trying their best to make it!

The best way to make it here is to start in Hong Kong, around Central Station going north.  You’ll have to board five different tracks to get there and the cost is between 23 to 28 HKD one way.  You have two possible stops along the Sha Tin sector, Tai Wai or Che Kung Temple Stations.  Either one is a ten minute walk to the Temple.

It’s worth it in my opinion.  It’s to find a unique perspective, the life I have and the one I struggle to have everyday; while I meditate about this overly complicated-modern life.

Life is sure full of stresses and another thing remains clear, there’s always a part of me who wants to discover a new temple.  This is one of the principal reasons I come to Hong Kong.