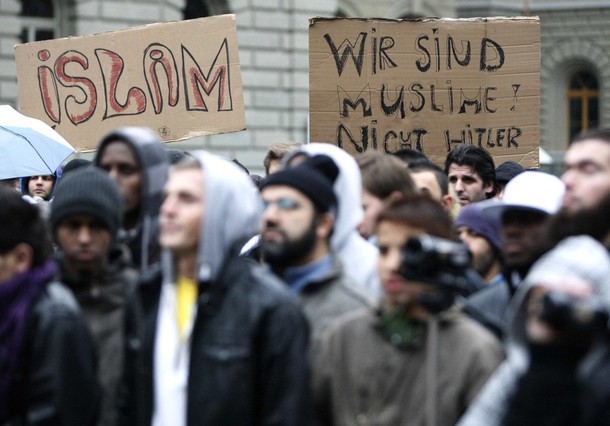 For any worker, student or immigrant wanting to improve their lives, there’s one basic rule when living in another peoples’ country: a person must adapt to where they live, whether they like it or not.

This reality is a worldwide truth and will not change for our beliefs, traditions, culture or behaviors.

There’ll be laws, customs, social problems and attitudes we can’t change.  The only position for an immigrant or person living in that country is to take the good and bad in equal measures.  Furthermore, an immigrant/guest must be an example to the country they’re staying in, become something for others to follow.

Compare, “How is the country in which I live in better than my own?”

In other words, what makes it better or what makes it worse than mine?  For this, we must take a good-hard look, do a sincere and honest assessment and then, write the pros and cons on a list.  After, the decision to stay or go back will be up to the immigrant, student, visitor or worker living in their host country.

As for my experiences, while living in China, I can honestly say like the old U.S. Navy T.V. commercial, “It’s not just a job, it’s an adventure!”

Because there’ve been times when things have been unlawfully unclear and alas, in the end, one does adapt.  One takes the good with the bad and says, well, the Chinese are great people and there’re times I don’t agree with everything.  But at the same time, I know that China will be a mark on my soul for the rest of my life, a place that I’ll comeback too for visits, to see old and beloved friends.

Living here, I can say, the travel, food, work experience, picking up a little of the language has been one of the most valuable assets.

Case in point, Muslims [in a small minority] aren’t adapting to the respective countries they immigrate too.  When they [as a community] come to a country or place to better their lives, some and not all have refused to follow the standard laws in the country where they reside.

This has happened primarily in Western Countries and lately it’s been all over the news.

For a country like Switzerland, with a lack or small-multicultural society, the Swiss won’t allow the building of mosques or the use of burkhas (to cover the entire female body, only showing the eyes) and hajibs (covers the female’s hair).

And yes, possibly the Swiss are showing racism, prejudice and lack of tolerance. However, it’s their country to determine what should or shouldn’t go!  Plus, ideas cannot be forced onto others.

There’re multiple stories like these, but the story stems from two Muslim girls refusing to swim with their classmates or follow the Swiss-school curriculum.  Because according to Muslim traditions, girls cannot interact with boys.

But is this truly racism or discrimination?  When countries like Denmark will allow a multiethnic society and not a multicultural one; and it’s not for us to judge.  The case with the Syrian refugees not adapting into Danish society is an example.  This is not the general case; however, some have refused to become part of the Danish way of life.  From riding bicycles to work or living amongst other Danish citizens instead of their own, and this is all the country’s government and its people are asking for, social integration.

In reality, as immigrants, they’ve choices: either to adapt or not immigrate at all.

Newcomers have to understand another rule: if they decide to live in that country, they should learn the language and become part of the society they’re living and not isolate themselves completely, which I’ve often seen in Chinese immigrating to the U.S.A., Australia or the U.K; especially amongst those who don’t speak English.  It isn’t fair to isolate oneself to the host country and not learn the language.

I don’t do it in China, why others should do it in my country?

If people are to enjoy the freedoms, benefits and liberalism, they should become part of that society.

I’m not saying an immigrant should forget their customs, foods, language or culture, but do their best to enjoy the country in which they’re staying in.