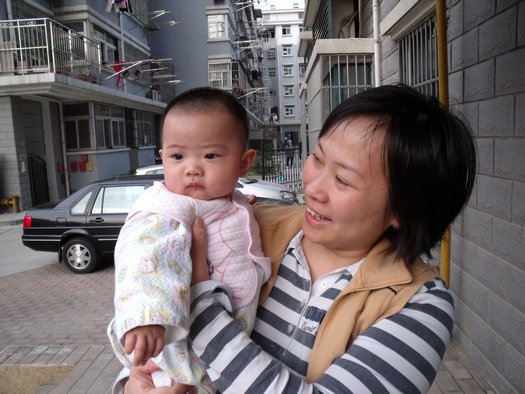 One of the major problems destroying relationships since olden times in China and the rest of the world for that matter, are mothers butting into their adults sons’ relationships.

This problem which was often accepted since ancient times is now the grounds for estrangement in many contemporary societies and families.

The mother is placed on a pedestal.  The saintly mother is above all and nobody can defy her otherwise.

Here and now, times are changing, because these things which were acceptable in the past are now the basis for breakups and eventually divorces across the globe.

The important issue for the adult-male son to understand is and it’s full of common sense: once you’re in a relationship [and sorry if I defy these unwritten-secret rules but] your mother just took second place and your wife is center stage.

I dealt and lived in several countries where mothers are too deeply involved in their sons’ relationships.  Usually or most times causing a riff amongst lovers.

Whose fault is it?  Traditions can be a basis for this or the mother and son not setting boundaries of involvement from the beginning.

This has to do in part with the need to accept the changing of times and traditions. Another fact is, Chinese wait to say something when the problem has already exploded and everything is out of control.

This is usually a culture of silence and this too has to change.  Things can be stated politely without offending one person or the other.

The sons in China are allowing their mothers to be deeply involved in their romantic lives. Mothers won’t back-off, from their choices of girlfriends to whom their sons should marry.

There’s no stopping a Chinese mother in the defense of her son, right or wrong.  And this is the other problem, lack of objectivity.

For love can be blinding and this is cool, but we can’t be so stupid to destroy those we love/care about or those around them.  As a parent you can’t go so far to hurt your child’s career and love life.

I’ve seen it happen while living in China over and over.

There was an incident this past Spring-Festival holiday, when I was visiting Shaoxing, Zhejiang.

OMG!  I saw the sick son, the mother taking care of him at the bus station.  Where was the man’s wife in all of this?  Oh god, she was a total pushover.  Totally pushed away from her husband and ignored by her mother-in-law.  How disrespectful on behalf of the mother and I kid you not, the son was at fault too.  Possibly this has happened dozens of times in the man’s marriage and he never stood-up for his wife.

I won’t begin to mention when a couple has a baby and the mother becomes a grandmother.  She’s always giving her ‘two-cents worth’ of opinions, which are honestly not welcome.

Unless a person is asked for an opinion, he/she should never butt into a couple’s choices on their lives, relationship or how they raise their child!  It’s simply not the grandmother’s business.

I know I might offend those who believe in traditions or otherwise, and because they are traditions doesn’t mean they are always correct!

Because I rather live in a happy-stable home, with communication, than one affected by people constantly sticking their noses into my business!

Mothers have to know and understand one thing or any parent; if you have already lived your lives, allow your adult-child to live theirs.