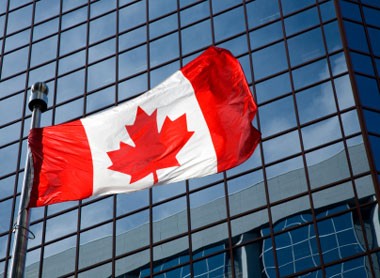 Hong Kong is located five hours’ flying time from half the world’s population. Together with New York and London it is  ranked as a global financial and business services centre, a lofty perch decided by its rule of law, independent legal system, well-educated talent pool, modern infrastructure, low taxes and light regulation topped off with an “open for business” culture.

All three businesses say they chose Hong Kong for its central location and ease of doing business. But equally important was the mix of languages. “To sell into China, we needed Cantonese, Mandarin and English,” says Brett Proud, co-founder and chief executive of Toronto-based GuestLogix. “Hong Kong is about the only place we could find them all in one place.”

Vancouver-based Vision Critical says its goal is to transform market research into an engine for eliciting timely consumer insights. Since 2002, the company has built branded, online insight communities for corporate clients. They invite targeted participants to respond digitally to a wide range of topics on which firms seek to quickly analyze in-depth consumer perspectives and thoughts.

Consequently, businesses can dig into a continuing, more nuanced flow of consumer insights over a longer time. That replaces previous, one-time snapshots from randomly approached respondents.

Mr. Wells compares this approach to having a customer advisory board providing input on an ever-widening range of topics. In the hands of astute marketers, such rich consumer data leads to more sharply focused offerings and campaigns.

“We try to make them feel special as a member of a select community and that their contributions and suggestions are valued,” he says of the interaction with respondents.

Vision Critical says the signing of Cathay Pacific Airways as a client among other notable global brands operating in Asia validates its decision to set up in Hong Kong. About 10% of its business is conducted in the Asia Pacific region. In 2012, the company had about $80-million in revenue, and in 2013, it is poised to reach $100-million with much of the expected growth attributed to international expansion, including in Asia.

Mr. Proud describes GuestLogix as a revenue enabler. Its technology boosts carrier ancillary income by transforming international flights into specialty, e-commerce outlets. Sales are no longer limited to what can be physically carried on the plane. Around GuestLogix’s head office, the motto is “the sky’s the limit.”

“Passengers can buy items such as cases of wine to be delivered to their home addresses,” Mr. Proud says.

GuestLogix technological advantage rests on its ability to deal quickly and securely with all global payment systems. “Our system captures the transaction and sends it to the most suitable, global ‘pipe’ for the fastest, most secure and lowest cost way to process it,” he says.

“Banks are all onside because we meet all security encryption and safety compliance regulations and certifications.

“Once passengers can order on their own smart phones, airlines will offer higher priced items,” Mr. Proud says. “That will be possible because of real-time purchase confirmation. Now, we can only confirm after the plane lands.”

Potential users are also attracted by its pay-on-performance revenue model. In other words, deploying GuestLogix technology is a variable cost — no sale, no fees.

That’s also part of the appeal of Neverblue, a Victoria-based company specializing in lead generation, client acquisition and mobile advertising. It provides a digital link between online advertisers (product and service vendors and distributors) and consumers

“At the end of each month, an audit reveals the number of hits, transactions and sales,” says Jeff Kwok, Neverblue’s Hong Kong-based director of business development, Asia. “But clients pay only for actual sales.”

Neverblue’s technology serves as an aggregator or funnel for websites of affiliates, i.e., firms and individuals that have bought advertising space on social media sites. The barrier to entry is the speed, scale and power of its technology to track traffic that Mr. Kwok estimates at millions and millions of hits a day.

Its affiliates include major travel service providers such as Grand Hyatt, the Macau-based Venetian Hotels & Resorts and online travel agents including Priceline and Expedia. Fashion retailers targeting younger buyers such as Quicksilver for clothing and Gilt for bags and accessories are a growing category.

Neverblue reached break even after six months in Hong Kong. “We have to be the most productive link to optimize traffic to our affiliates’ websites,” Mr. Kwok says. “We need to grow revenue, expand our office staff and boost scale to maintain our market dominance.

“Our goal is to get big fast, keep operations efficient and do it properly.”

All three firms relied on Invest Hong Kong in setting up their operations in the city.