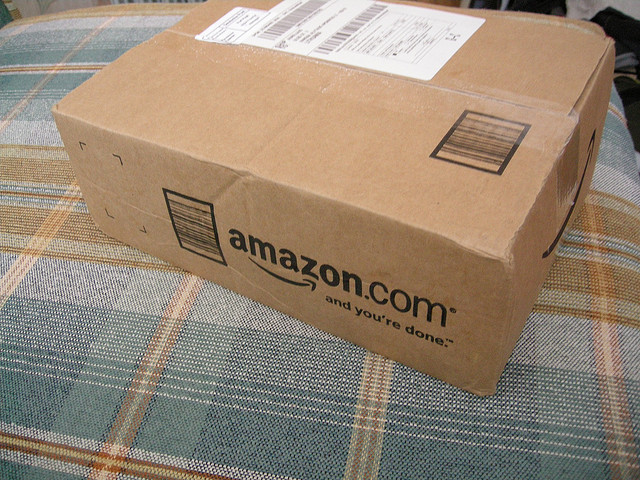 The Authors Guild and the Association of American Publishers oppose the Internet retail giant’s plan to control so-called generic top-level domains (gTLD) that end in suffixes .book, .author, and .read, arguing that such influence would be anti-competitive.

Rival bookseller Barnes & Noble has also objected to the scheme, contending in a letter to ICANN that Amazon would use its control of gTLDs “to stifle competition in the bookselling and publishing industries, which are critical to the future of copyrighted expression in the U.S.”

“Amazon’s ownership would also threaten the openness and freedom of the Internet and would have harmful consequences for Internet users worldwide,” the company said in its objection early last month.

According to ICANN’s website, Amazon is seeking dozens of domain names, including “.movie,” “.app,” and “.wow,” as well as a number in foreign languages. Others would apparently be tied to Amazon products, such as “.kindle” for the company’s Kindle line of e-readers and “.prime” for the membership program of the same name.

Amazon’s plans for the new Web addresses are described only in general terms. Its application for “.app,” for example, says that becoming a registry for the domain name will “provide a unique and dedicated platform for Amazon while simultaneously protecting the integrity of its brand and reputation” and also offer “a stable and secure foundation for online communication and interaction.”

An ICANN spokesman said the agency doesn’t comment on specific applications or domain names. He said that ICANN was considering a range of applications and that while no decisions had yet been made, the agency plans to release some initial findings later this month.

Amazon is one of the biggest names vying for control of domains in what has been labeled as the greatest land grab in Internet history. The organization has let anyone with the money and technical knowledge bid for the right to run a gTLD. ICANN is expected to roll out hundreds to new addresses later this year.