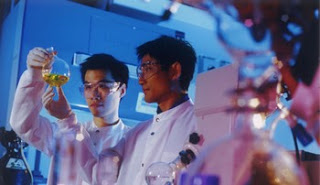 Hong Kong has seen an increase of nearly 10 per cent in the number of well-qualified people who want to live here, says the Immigration Department. Most of those approved were from the mainland.

In the first 11 months of the year, 1,834 people applied for admission under the Quality Migrant Admission Scheme – 9.5 per cent more than in the whole of last year – the department said.

Since 2006, the department has approved 2,392 applications – 77.6% of them from the mainland. The programme was set up to attract highly qualified people without the prior offer of employment required for a normal working visa. The city issued 30,557 visas last year under the general employment policy.

The quality migrant scheme worries some commentators because of the large proportion of mainlanders.

“It is not surprising that mainland China has more talent given its 1.3 billion population, but I feel uncomfortable about the overwhelming figure,” she said.

The next top sources of migrants are the United States, Australia and Canada – each accounting for 2.9 to 3.7 per cent.

A population expert has said the government needs to do more to attract oversees talent to Hong Kong, to help tackle challenges posed by the low birth rate and an aging population.

Academic Paul Yip suggested the idea after the latest immigration department figures showed that less than a third of the annual quota in the Quality Migrant Admission Scheme had been filled in the first 11 months of the year, RTHK reports.
Yip, who is a University of Hong Kong Professor in Social Administration, and a member of the government’s steering committee on population policy, said there is room for improvements.
He said the existing arrangements were not appealing in terms of working and living environments.