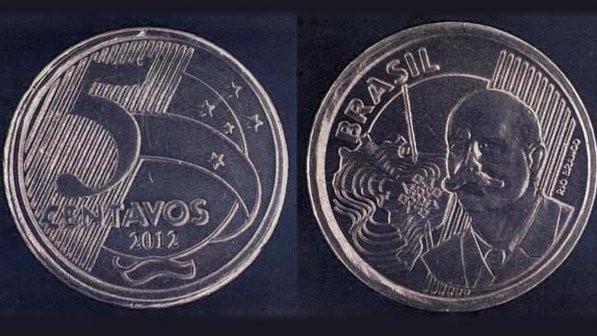 The Central Bank of Brazil (Banco Central do Brasil) announced on Thursday the rules for exchanging coins of 50 cents printed with the wrong value. On those coins, instead of the words “50 cents” in the face, it was printed “5 cents”.Nevertheless, the coin failed closely resembles the original because they are made of stainless steel, like all other 50 cents, not of copper, which is the material used on 5 cent coins, hence they have the same size, weight and color printed correctly. Furthermore, in the back, there is the image of the Baron of Rio Branco, which shows up on 50 cent coins, and not that of Tiradentes, appearing in 5 cent coins.

“For failure of industrial production at the Mint of Brazil, may have come into circulation coins of 50 cents with an (…) the denomination 5 cents,” says the institution. “Due to this manufacturing problem, these coins are not of legal tender.”

According to the Mint, up to 40,000 coins may have the defect, which is equivalent to two hours of production of a single device. The defect was discovered after a wrong currency was received as change in the city of Rio de Janeiro. Forensic examination concluded that it was a manufacturing defect.