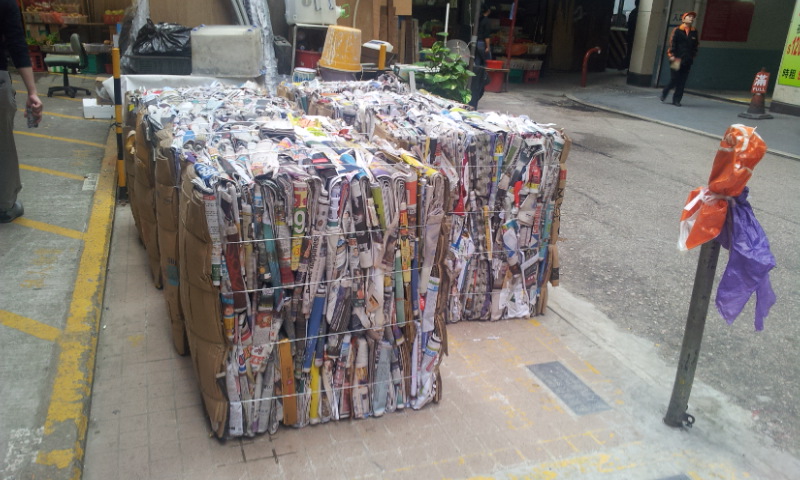 A pile of used newspapers waiting to be sold for recycling in Tin Hau, Hong Kong. People do any kinds of jobs to earn every penny.

An interesting study conducted last month reveals a shocking truth. After collecting data from 1,000 participants, the study shows that two-thirds of primary income earners have less than a month’s income saved in the bank.

The survey, carried out by research company TNS, also found that among the primary income earners without a month’s income saved, 62% use credit cards—and of those, nearly a quarter don’t pay off the balance every month.

While Hong Kong’s household savings rate as a percentage of gross domestic product can’t quite match mainland China’s 50%, it remains a relatively high 27%. (The U.S. rate, by contrast, is 13%.) That figure, though, could be skewed by the outsized savings of city’s class of the very wealthy, says Betty Ng of Fidelity Worldwide Investment. Hong Kong’s wealth gap has been stretching ever wider for years, and currently outstrips those of cities from Singapore to New York, and even that of mainland China as a whole.

In addition to the growth of the wealth gap, the number of people living in working poor households has also been on the rise, and recently reached record levels, Oxfam reported last week. Fully one in six people in Hong Kong live below the poverty line.